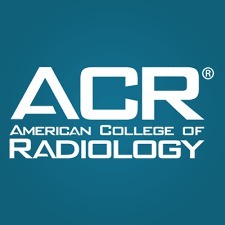 The American College of Radiology (ACR) and patient groups are calling on the Centers for Medicare and Medicaid Services (CMS) to follow the lead of private insurers and cover virtual colonoscopy, a less invasive exam they say will help boost screening rates for the second leading cause of cancer death among men and women.

The U.S. Preventive Services Task Force (USPSTF) recently gave CT colonography, often referred to as virtual colonoscopy, as well as other screening methods for adults aged 50 to 75 years, an "A", its highest rating, as part of its colorectal cancer screening recommendations.

The task force did note that screening with CT colonography is recommended every five years, as opposed to every 10 years for colonoscopy, and that with CT colonography “there is insufficient evidence about the potential harms of associated extracolonic findings, which are common.”

The groups, which along with the ACR include the Colon Cancer Alliance, Colon Cancer Coalition and the Prevent Cancer Foundation, issued a statement asking CMS to open a national coverage determination for the exam. They say studies have shown that CT colonography increases screening rates, lowering costs and saving lives.

Dr. Judy Yee, professor and vice chair of radiology and biomedical imaging at University of California, San Francisco and chief of radiology at the San Francisco VA Medical Center, says that while in 2009, CMS denied reimbursement approval for CT colonography because of concerns about radiation dose, validation of using the exam on seniors and extracolonic findings requiring follow-up for things that may be benign.

“Since 2009, there have been multiple peer-reviewed publications that have come out and addressed the issues,” Yee told HCB News. “The vendors have come out with different technology to continue to lower radiation dose.”

Yee notes that the dose for CT colonography is less than 3 millisieverts, similar to the background radiation that people are exposed to annually.

In 22 states, private insurers are required to cover CT colonography. Additionally, advocates point to a study published last fall in the journal Abdominal Imaging that showed that screening Medicare patients with virtual colonoscopy would reduce colorectal cancer screening costs by 29 percent and save Medicare up to $1.7 billion per screening cycle.

Yee said that after the USPSTF colon cancer screening guidelines were released in June, it made sense for the ACR to submit an external request for coverage, which should generate a more rapid response from CMS.

“I think that it’s the right thing for CMS to do and hopefully they will listen to the USPSTF,” Yee said.