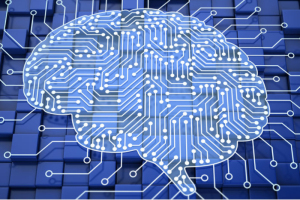 A former electrical engineer, turned brain researcher, has applied the same deductive reasoning to find better ways to treat Parkinson's disease. The research conducted by her team points to learning how to turn on different types of neurons in the brain.

"We show how two important types of neurons that have opposite roles in motor control interact with the rest of the brain," Jin Hyung Lee, Ph.D., lead researcher and assistant professor of Neurology and Neurological Sciences, Bioengineering, Neurosurgery and Electrical Engineering at Stanford University told HCB News. "The change in balance of the two-circuit function is hypothesized to play a key role in Parkinson's disease."

Lee's research, just published in the current issue of Neuron, relies on "two experimental tools". The first is functional MR, or fMRI, which measures blood flow and is most often used in research. The second is optogenetics, which turns on neurons in response to light. The neuron activity is associated with increased blood flow.

"We currently have very limited understanding of how the brain works," said Dr. Lee. "Some of the key challenges [involve] understanding brain function."

She explained that neurons in the same part of the brain can serve in distinct roles related to brain function. Also, even single neurons make connections to very remote parts of the brain, with many functions being driven by other networks of neurons.

"This means that we need to have cellular precision and also the ability to observe the whole brain to understand how the brain works," said Lee. "However, no such technology was available."

According to a Stanford source, prior to Lee's research with optogenetics and fMRI, there was no way to show how activating a specific neuron might cause a specific circuit to form across the brain.

Parkinson's disease's uncontrollable tremors are believed to be caused by malfunctions in the neural brain pathways that control motion. Lee's team found in experiments with rats that that one type of neuron calls for greater motions, while another type of neuron signals for less motion.

According to Lee, this was the first time that the specific roles of neurons has been demonstrated. This has implications for the efficacy of Deep Brain Stimulation, a treatment for Parkinson's disease that relies on brain circuit intervention.

"With optogenetic fMRI, we can start to gain systematic understanding of neural pathways, enabling an engineering approach to neural circuit repair," said Lee.