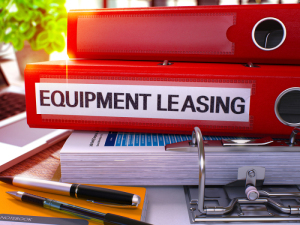 The Equipment Leasing and Finance Association (ELFA) is currently holding its Equipment Management Conference in Houston.

Medical equipment ranks number five of the most often leased equipment, accounting for about five percent of all business equipment leases annually, according to ELFA. And according to First Databank Inc., $172 billion was spent on medical devices in 2015, and such expenditures are growing six percent a year.

Philip Jacobus will be one of the featured presenters. In addition to being the founder of DOTmed.com and publisher of HealthCareBusiness News, he has 40 years of experience buying, selling, and leasing imaging and other medical equipment in 35 countries.

Jacobus will present tools available in the public domain to help predict residual values. He will also, along with Tom Harford of Wells Fargo Equipment Finance, examine a wide range of issues that affect medical equipment leasing. These include:


HCB News spoke to Ralph Petta, president and CEO of ELFA, about his organization, trends in capital leasing and the annual conference. Petta was named CEO a bit more than a year ago, and he has been with the organization for 30 years.

According to ELFA data, the equipment finance market is poised for "a period of modest, but steady growth," increasing from about $1.5 billion a year in 2016 to $1.8 billion in 2020. About two-thirds of U.S. public and private equipment and software purchases will be financed.

Petta told HCB News that in the last five years truck and trailer financing has been very robust, along with construction and IT assets.

"Medical and health care asset financing has stayed about the same," said Petta, adding that energy and mining have decreased, while agriculture has held steady.

He anticipates a friendlier environment for businesses under the Trump presidency, which would be a boost to asset financing. Also, as with many business organizations, he said the ELFA is waiting to see how fewer regulations and tax code changes advocated by the current administration will translate.

"Our people look at all of what is happening rather positively," said Petta. "We've been really concerned over the past few years that banks and financing have been hammered with a lot of rules and regulations. We're cautiously optimistic, but like a lot of others, we don’t know yet what to expect from the Trump Administration."

As far as the annual ELFA Conference in Houston, Petta said there will be an emphasis this year on properly valuing equipment — especially arriving at the proper residual value at the lease expiration. Disposal into secondary markets once equipment is off-lease will also be an area of focus.