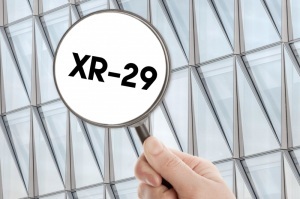 Imagine you are the owner of an independent service organization (ISO) providing maintenance to older model CT scanners at outpatient imaging facilities.

Although they aren’t the most advanced systems on the market, they safely and accurately diagnose patients without putting too much extra strain on the overstretched budgets of your customers, the providers.

Now, imagine new legislation mandates that all CT scanners have certain software features in order to remain fully reimbursable on certain Medicare scans. As you begin researching compliance, you discover that CMS has entrusted the original equipment manufacturer (OEM) with the job of certifying these features are present.

On one hand, this makes perfect sense. If a scanner is compliant, who could verify it with the same degree of certainty as the company that built it? If the scanner requires an upgrade, who better to go in there and install is than the OEM?

But what about the OEM's business incentives to make older scanners (like the ones your customers utilize) non-compliant in the interest of selling an upgrade? Is it inconceivable that manufacturers might use their newfound knowledge of your customer-base to their advantage?

This is the conundrum facing the third-party medical equipment industry under the NEMA standard, XR-29.

Two ways XR-29 puts OEMs in the driver's seat
Rob Kerwin, legal counsel for the International Association of Medical Equipment Remarketers and Servicers (IAMERS), told HCB News he has received information indicating some manufacturers are actively seeking the business of providers who initially contacted them for XR-29 certification.

“It is our view that the standards compliance process, advanced by a manufacturer's organization, should not be used to gain strategic benefits against the independents,” said Kerwin. “This seems to us inconsistent with the American National Standards Institute (ANSI) goals."

An ISO owner (who asked to be anonymous) said he had firsthand experience with this. A few of his customers reached out to the OEM regarding XR-29 compliance and shortly thereafter told him they received service contract offers.

But does that mean they didn't know the system was there to begin with? Not necessarily, according to Ken Denison, executive, MICT digital marketing for GE Healthcare, who pointed out that the FDA mandates OEMs know where their systems are installed in order to notify those facilities in the event of a recall.

Still, once a system has been sold by the original buyer, Denison said it's possible that the OEM would lose track of where it is.
1(current)
2
3
4