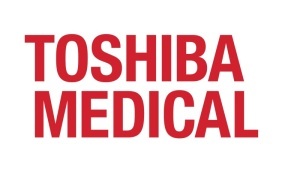 Since its 2016 Toshiba Medical Systems acquisition, Canon executives in major markets have been stressing that the synergy from the deal will put the company in a position to take on world leaders in the health care equipment and information technology sectors.

In fact, at a medical imaging trade show in Yokohama opening last week, Toshio Takiguchi, president of Toshiba Medical, told Nikkei Asian Review, "we hope to address the expanding variety of health care needs around the world by combining technologies."

He added that, "synergies are significant in research and development, as well as production technology," noting that the medical division should benefit from Canon's existing expertise in image processing for a number of projects now on the drawing boards, including one to find metastatic cancer, due to be launched in late 2017.

The Canon buy could inject new growth into the Tokyo-based firm, which has relied on camera and office equipment for much of its history – both sectors that have lacked growth momentum of late.

"It's like starting a new business, so we don't expect it to earn so quickly," Canon CEO Fujio Mitarai said of the $6 billion deal.

While there may be some catch-up to be played to equal scanning leaders GE, Siemens and Philips, Takiguchi suggested that in IT, his team is already competitive. Toshiba Medical showed a cloud-based diagnostic image management system at the Yokohama show.

That is key because many believe that the next big leap forward for medical equipment will not be based on evolution of the technology as much as on interconnectivity and IT-related developments.

"We will enter a new stage of competition due to digitization" Soichiro Tada, president of GE Healthcare Japan told the Asian Review, as the company unveiled an efficiency-boosting service based on operating-rate analysis at the trade fair.

The new emphasis by Canon on Toshiba Medical Systems was also underscored by Asian Review reports in early April that the division had been raised to “core status” when Takiguchi was put in the top spot of the medical group, and also made a senior managing executive officer at Canon.

The publication called this “unusual treatment for the head of an acquired company.”

It also noted that at a meeting in January, Mitarai told management at Toshiba Medical, "consider me part of this family."
1(current)
2