Our daily news and the stock market 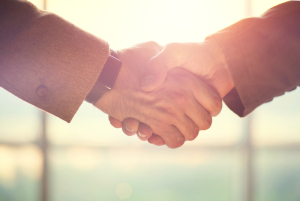 I'm forever telling people to sign up for our daily news. My theory being well-informed people profit from thoughtful analysis.

I have to be very careful because I'm not licensed to give investment advice but I can encourage you to apply common sense.

It's my theory that big companies don't spend big money unless they believe that they know something that the rest of us don't. And if you read our news you'll learn about some high-level transactions that you might've missed because of your busy schedule.

Here are three big deal-making stories that we've covered in as many days:

1: Yesterday we announced that Cardinal Health will pay $6.1 billion for three of Medtronic's businesses units.

2: The day before that, we revealed to our readers that Carestream was getting out of the dental X-ray business, selling that segment to a couple of investment firms.

3: That same day we also helped break the news that the Abbott deal to acquire Alere is back on track after a few speed bumps and a reduction in price.

I can't tell you how to interpret these mergers and acquisitions but if you think about it — and particularly if you know something about it — you might decide that one of these firms would be a good investment.

So reading our news is not just so you can be more informed at the water cooler it really is a way to make more money.

See you next week