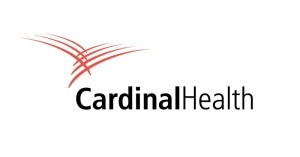 Cardinal Health has officially announced its agreement to make the acquisition of Medtronic's Patient Care, Deep Vein Thrombosis and Nutritional Insufficiency businesses for $6.1 billion in cash.

Saying that he was "thrilled about today's announcement,” Cardinal Health chairman and CEO George S. Barrett, noted that some of the products to be acquired are already being distributed by his firm and that Cardinal and Medtronic “have been collaborative partners” in the past.

He also expanded on the reasoning behind the deal. “Given the current trends in health care, including aging demographics and a focus on post-acute care, this industry-leading portfolio will help us further expand our scope in the operating room, in long-term care facilities and in home health care, reaching customers across the entire continuum of care.” he said in a statement.

There will also be cash tax benefits from the deal of a minimum of $100 million, which are not factored into the stated purchase price. Plans call for the acquisition to use $4.5 billion in new senior unsecured notes and existing cash for its financing. Cardinal has obtained a commitment letter from Goldman Sachs Bank USA and Goldman Sachs Lending Partners LLC for an unsecured bridge loan for the deal.

Plans now call for the deal to close in Cardinal's first fiscal quarter of 2018 pending the usual closing conditions and regulatory approvals.

"Not only is this portfolio complementary to our existing suite of products, it enables us to build further scale on our established global platforms," said Cardinal's medical segment CEO Don Casey. "We are familiar with the talented team that will be joining us and have worked closely with many of them in the past. We believe this will help us execute an efficient and seamless integration after the transaction closes.”

Rumors about a sale of the medical supplies unit had been swirling since Medtronic acquired Covidien for $42.9 billion, announced in 2014. That brought much of the supplies business into its portfolio.

Just last week, however, the rumors heated up with talk of this specific deal, according to a Reuters report.

The talks between the two were said to be “exclusive,” a source told the news service.

Cardinal has made it a priority to boost its medical products business, either through acquisition or internal growth.

“From an overall capital deployment strategy, we would always look at opportunities that fit strategically and create long-term value for our shareholders,” Ellen Barry, a Cardinal spokeswoman, told the news service.

In a conference call last month, Cardinal's Barrett spoke about efforts to grow the business, noting, "certainly a part of the equation for us is how we use our balance sheet, and that may be through activities that are available external to us, and the other ways that we deploy capital."

For example, the company bought Cordis from Johnson & Johnson in 2015 for about $2 billion, which added a variety of supplies, such as catheters and stents, to its offerings.

Key considerations for entering the US medtech market