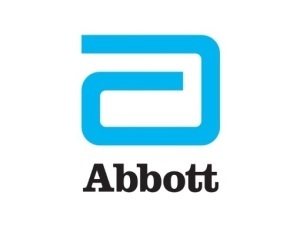 Abbott and Alere have agreed to amend their acquisition deal.

The deal is slated to close by the end of 2017's third quarter., subject to Alere shareholder approval and the usual regulatory and closing conditions.

The change in the deal includes moving the date for regulatory approvals from April 30 to September 30.

The transaction was announced on Feb. 1, 2016. "The combination of Alere and Abbott will create the world's premier point-of-care testing business and significantly strengthen and grow Abbott's diagnostics presence," said Miles D. White, chairman and chief executive officer of Abbott at the time. "We want to offer our customers the best and broadest diagnostics solutions. Alere helps us do that."

Alere was looking forward to the deal as well. "Today's announcement marks an exciting and transformative milestone for Alere and one that provides an immediate benefit for our stockholders," Namal Nawana, president and chief executive officer of Alere, noted at the time. "Our leading platforms and global presence in point-of-care diagnostics, combined with Abbott's broad portfolio of market-leading products, will accelerate our shared goal of improving patient care."

But the deal got rocky, with Abbott seeking to terminate it, even as late as December, 2016. "Alere is no longer the company Abbott agreed to buy 10 months ago," Abbott's Scott Stoffel, divisional vice president of external communications, explained at that point.

In the months following the February 1, 2016, announcement of the deal, stated Abbott, “Alere has suffered a series of damaging business developments, including the government eliminating the billing privileges of a substantial Alere division, the permanent recall of an important product platform, multiple new government subpoenas, including two new criminal subpoenas, and a five-month delay in filing its 10K, coupled with admissions of internal control failures requiring restatement of its 2013-2015 financials.”

Alere was hit with a pair of legal entanglements – a "foreign corruption investigation" subpoena over alleged payments in Asia, Africa, and Latin America, and a "government billing practices" investigation by the feds of its toxicology unit, over alleged inducements to doctors, according to Seeking Alpha.

Stoffel said that so many “negative developments” were “unprecedented and are not isolated incidents brought on by chance,” adding that, “this damage to Alere's business can only be the result of a systemic failure of internal controls, which, combined with the lack of transparency, led us to filing this complaint."

This came after Alere took Abbott to court as the deal soured. “Alere will take all actions necessary to protect the interests of Alere shareholders, enforce Alere’s rights under the merger agreement, and compel Abbott to complete the transaction in accordance with its terms,” according to a company statement in August, 2016.

That testing segment is worth about $5.5 billion annually and is “one of the fastest growing in vitro diagnostics segments,” stated the companies.

Key considerations for entering the US medtech market