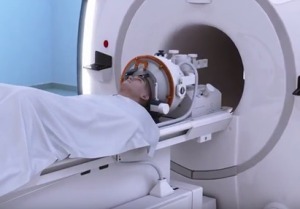 The FDA has approved INSIGHTEC's Exablate Neuro Model 4000 system for use with 1.5T MR in the noninvasive treatment of essential tremor in patients who have not responded to medication.

"Being able to bring MR-guided focused ultrasound to hospitals that have 1.5T MRIs will enable more essential tremor patients to have access to this noninvasive treatment option using INSIGHTEC's groundbreaking technology," Dr. Maurice R. Ferré, INSIGHTEC chief executive officer and chairman of the board, said in a statement.

Under MR guidance, the Exablate Neuro's focused ultrasound waves ablate the Vim nucleus of the thalamus without the need for surgical incisions or medical implants.

Prior to this approval, the device had won FDA approval for use with 3.0T MR systems

The added approval “opens new potential markets” noted the company as 1.5T systems are the most common in use today.

More than 42 million people have essential tremor — making it the most common movement disorder worldwide.

Focused ultrasound made headlines earlier this month when Canadian scientists started using it in clinical trials to breach the blood-brain barrier temporarily in Alzheimer’s patients.

Should this approach pan out, it could be the key to safe, noninvasive ways of “properly testing” future drug treatments for Alzheimer's, according to Dr. Sandra Black, who holds the Brill Chair of Neurology at Sunnybrook Health Sciences Centre and University of Toronto, and is a co-principal investigator of the new trial.

“By opening up the [blood-brain barrier] using low frequency ultrasound, we’ve taken a small but important step that opens up a whole new vista of possibilities,” she said in a Sunnybrook statement. She explained that “the hope is that there may be a way to eventually open up multiple little windows, in a gentle way, in order to get large molecules like drugs and even stem cells into the brain. But we need to take it one step at a time.”

“Siemens has an over-40 percent market share in MR, and this Exablate Neuro system will now be able to treat in a large installed base of both clinical and research sites,” Dr. Maurice R. Ferré, CEO and chairman of the board of directors at INSIGHTEC, told HCB News at the time. “This agreement will more than double our aggressive market presence today.”

In a byline published in the April issue of Healthcare Business News magazine, Ferré explained why he is so optimistic about the technology's potential.

“Focused ultrasound shows promise in becoming a new era for the way we look at surgical procedures and patient care. All of us, and the health care system at large, would opt for undergoing a surgical procedure that is incisionless, without lengthy hospital stays or succumbing ourselves to the risk of infection. We are quickly beginning to realize the enormous potential of focused ultrasound and we are constantly researching treatments for a variety of clinical indications that many thought were impossible to treat.”