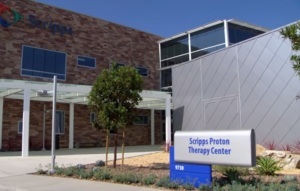 Scripps Health is out of the management of the San Diego proton therapy center that bore its name.

The center opened in 2014 and is the region's only such facility, owned by California Proton Therapy Center LLC. It went bankrupt March 1.

Claims were filed in a Wilmington, Delaware, court in May stating that management had led the center to fail financially and that the owner had “indisputable” rights to end the contract as part of a Chapter 11 reorganization, according to Law 360.

The owner also told the court's Judge Laurie Selber Silverstein that Scripps had only managed to pull in half of what was needed in the prior two years to run the site.

California Proton told the judge that a sale or reorganization was needed “that will permit the facility to be operated free and clear of the money-losing economic parameters imposed upon it by the Scripps relationship.”

New management has been put in place, slated to start December 6, according to the San Diego Union-Tribune.

A new group, known as Proton Doctors Professional Corporation, will run the center. Helming this new organization will be Dr. Andrew Chang, as president, according to legal filings.

Chang is, at present, the pediatric proton beam therapy director of the facility.

The facility will continue to operate during the transition, according to the newspaper, and Scripps CEO Chris Van Gorder advised that those beginning therapy up to October 6 are likely to complete it before the transition.

The ties between Scripps and the facility will not, however, be severed when it comes to treating patients in the future.

“We will continue referring patients to the center under its new operating group as appropriate, and hope all of the other providers in the area will do the same,” Van Gorder told the paper.

He also stressed, according to the San Diego paper, that operating budgets and plans to run the site had been approved by the owners, and that Scripps had “always stayed within that program. We never violated our agreement one iota during that relationship.”

The center is big – having five treatment bays – and it requires a large patient flow to run.

“I think [the ownership] misjudged the marketplace. This center was built on their projections, not Scripps’ projections,” Van Gorder said.

When the Chapter 11 filing was announced in March, Van Gorder noted that one of the biggest reasons for financial difficulties, was the move away from using the approach for prostate cancer.

The drop in the number of prostate patients led to the need to restructure, according to Dr. Carl Rossi, the medical director at the facility, who added at the time that, “We believe this restructuring will enhance our operations and allow us to administer our advanced proton therapy care to a wider spectrum of patients.”

For other patients the advanced therapy has proved lifesaving.

“There is no question that this program, and this center, has saved lives, adults and children, that probably had no chance of survival without proton,” Van Gorder told the paper.