What would Graham-Cassidy mean for the medical equipment industry? 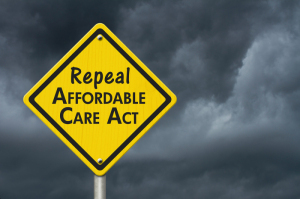 The medical device industry is on the fence regarding the GOP’s latest attempt to repeal and replace the Affordable Care Act (ACA).

Companies throughout the industry are hesitant, according to research by medical device market firm Kalorama Information, to express support or opposition to the Graham-Cassidy-Heller-Johnson health care bill on the basis of a conflict between concerns about the impact it will have on the health care system and a desire to put an end to the medical device excise tax, a feature of the ACA.

“They’re of two minds on it,” Bruce Carlson, the publisher of Kalorama Information, told HCB News. “On one hand, they want the medical device excise tax eliminated. On the other, I think they’re also concerned about radical changes. For instance, if there is, as America’s Health Insurance Plans is saying, the potential destabilization of the insurance system, that’s going to concern a lot of device companies and the members of a lot of advocacy groups of device companies. They’re also concerned about how many people have health insurance and are funding the health care system.”

Providers, insurance plans and organizations, such as American Medical Association (AMA), have spoken out against the bill, designed by Senators Lindsey Graham (R-SC), Bill Cassidy (R-LA), Dean Heller (R-NV) and Ron Johnson (R-WI), saying that it will lead to millions losing their health insurance and unable to find affordable alternatives.

“While we sometimes disagree on important issues in health care, we are in total agreement that Americans deserve a stable health care market that provides access to high-quality care and affordable coverage for all. The Graham-Cassidy-Heller-Johnson bill does not move us closer to that goal. The Senate should reject it,” said the American Medical Association, American Academy of Family Physicians, American Hospital Association, Federation of American Hospitals, America’s Health Insurance Plans, and the BlueCross BlueShield Association, in a joint statement.

Medical device companies, however, are in favor of repealing the ACA’s medical device excise tax, which will require all device manufacturers to pay a 2.3 percent sales tax, starting January 1, 2018.

Many claim that the law will negatively affect job numbers and hinder competition and market growth, especially for small companies, some of which may only make a profit of 2.3 percent.

Another issue is the effect the tax would have on venture capitalist investments, with many concerned that such companies will opt to invest in other areas of health, such as biotech, rather than medical devices.
1(current)
2