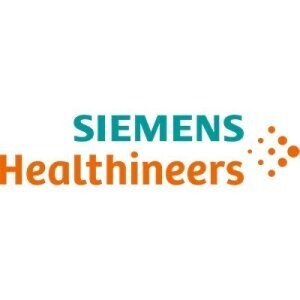 Siemens appears to be readying itself for an IPO of its Healthineers, as three banks have been tapped to lead the organization of the public offering effort.

Other than confirming the IPO news, neither Siemens nor the banks had any additional comment.

“An IPO of the Healthineers unit would enable Siemens to do share deals when looking at future acquisitions,” one source explained to the news agency.

The IPO could top the list as the biggest German company deal in “years,” notes the wire service. The unit piled up a 9 percent Q3 profit to $681 million.

That included a 2 percent jump in orders, and was in keeping with expectations, according to August reports.

At that time, Siemens AG President and CEO Kaeser stated that, “our global team delivered a solid quarter, with revenue up 8 percent and net income growing by 7 percent. Our digital enterprise business impressively underscored its leading position in the market. We are fully on track with Vision 2020 and for another strong year,"

The Healthineers value could exceed 40 billion euros in an IPO, according to some estimates.

The stock would most likely be a classic “low-growth, low-risk dividend play with high, guaranteed dividends,” the agency reported.

The IPO had been delayed until 2018, and sources now estimate it could take place mid-year.

Beyond the timing, which market the company would call home has also been much discussed.

Siemens had already announced in February the possibility that it would list the Healthineers in the U.S. and not Europe. “We don't have a final view on this yet, but we are looking at it very closely," said Kaeser at the time.

But there was a possible change of heart in early March, when the CEO told Swiss newspaper Finanz and Wirtschaft that “under President Donald Trump” he “will have to think twice” about where to list the health care unit, mentioning Frankfurt and Hong Kong as possibilities.

Siemens was in the health care spotlight earlier this month when news broke that the first clinical 7-Tesla MR scanner in North America – Siemens Healthineer's MAGNETOM Terra – should be up and running at Mayo Clinic by year-end.

The MAGNETOM Terra won FDA approval for the device earlier this month.

“I think patients who will benefit the most will be patients who have things that are difficult to assess on a standard MR,” Dr. Kimberly Amrami, chair of the division of musculoskeletal radiology at Mayo Clinic, told HCB News. “We’re going to be using 7-Tesla for those things that require an even higher resolution. The signal-to-noise ratio is directly correlated to the field strength. When we have more signal, we can image smaller structures and still have good images. If the signal to noise is lower and we try to get very, very fine on small structures, it’s difficult, because the images get very noisy.”