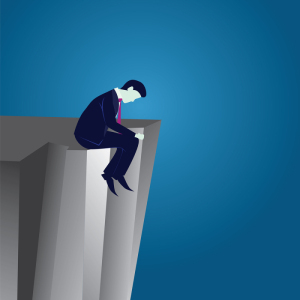 A new study used fMR to detect suicidal
tendencies in individuals based on
alterations in their brain patterns in
reactions to different concepts
New research suggests an MR scan could mean the difference between someone taking their life and someone seeking help.

Researchers from five U.S. universities have developed an approach for detecting suicidal tendencies, using functional MR (fMR) to show alterations in brain patterns in response to different concepts, such as death, cruelty and trouble. Their findings were published as a study in the journal, Nature Human Behaviour.

“Our previous research showed that we could find the correspondence between a specific thought and an activation pattern, and furthermore, that we could meaningfully decompose that activation pattern, which is a neural signature of the thought,” Marcel Just, D. O. Hebb professor of psychology at Carnegie Mellon University and one of the authors of the study, told HCB News. “We can take everyday people, put them in an fMR scanner, and with their cooperation, we can tell which of 60 objects they are thinking about, or what emotions they are feeling, or what sentence they are reading, by decoding their brain activation patterns. Then the question arose: ‘Could one possibly use this approach to detect alterations in the neural representations of certain thoughts among people who are suicidal ideators?' So, we were off to the races.”

Suicide is the second leading cause of death in the U.S. among young people, and is difficult to predict.

The study consisted of two groups of 17 individuals with known suicidal tendencies and 17 neurotypical people. Researchers presented each participant with a list of ten death-related words, ten relating to positive concepts and ten relating to negative concepts.

They then applied a machine-learning algorithm to six word-concepts that best differentiated the two groups from one another, with the participants contemplating each while undergoing a scan. The words were death, cruelty, trouble, carefree, good and praise.

The program was 91 percent accurate in determining whether participants were part of the control group or suicidal group and in a similar approach, was 94 percent efficient in identifying those who had attempted suicide and those who had only thought about it.

Researchers then applied an archive of neural signatures for emotions, particularly sadness, shame, anger and pride, to measure the amount of each one evoked in an individual’s brain by each of the six discriminating concepts. The basis of this was to comprehend the cause of different brain activity patterns for a specific thought in suicidal and non-suicidal people. The program identified the group of each participant with an 85 percent accuracy rate.

Research was funded in part by the National Institute of Mental Health which has provided another grant for another project focusing on the decoding of human thoughts with the use of electroencephalography (EEG). The project, already underway, consists of collecting EEG signals in an MR scanner and comparing the findings of the EEG data to those of the fMR data to identify correlations between the two.

Just says that fMR is not likely to become a standard resource for assessing suicidal thoughts, but that EEG, being cheaper and more widely available, could possibly become one, should the research produce positive results.

“fMR is expensive and not widely enough available to make this a standard widespread tool so every clinic could do it,” he said. “If our EEG research succeeds, that could be a standard tool for assessing and maybe even possibly guiding interventions.”

Researchers were from Carnegie Mellon University, the University of Pittsburgh, Florida Atlantic University, Columbia and Harvard.