A global view of radiation safety initiatives at RSNA

A global view of radiation safety initiatives at RSNA 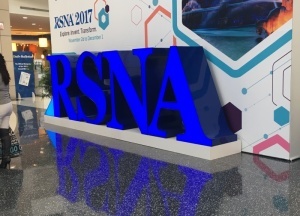 #RSNA17
CHICAGO — Radiologists around the world are working hard to make sure that patients, particularly caregivers of pediatric patients, and providers understand the potential risks of low-level radiation exposure.

At a session during the 2017 RSNA annual meeting, representatives from the U.S., as well as Canada, Europe, Africa, Japan and the Middle East spoke about campaigns in their country or on their continent to lower radiation dose and educate professionals and the public.

Education has advanced. Frush noted that based on a survey taken 13 years ago, 5 percent of radiologists thought that a CT had a lower dose than it actually did.

“Clearly there was a need for information,” Frush said.

Frush said that it’s not just important to lower radiation dose, but to better communicate when an exam that requires a higher dose is necessary.

Image Gently’s accomplishments include creating websites specifically for patients and for providers and referrers.

“We’re better than we used to be, but we’re not there yet,” Frush said.

Michael Kawooya spoke about the challenges faced by AFROSAFE, the radiation safety campaign developed by the Pan African Congress of Radiology and Imaging and comprising 54 countries.

“We are addressing a unique environment, compared to other campaigns,” Kawooya said.

In Canada, Dr. David Koff said that Canada Safe Imaging launched a toll-free number that patients can call (they can also send an email) if they have questions about radiation safety in medical imaging – for example, if a woman is pregnant and has to have a CT scan.

Dr. Kanako Kumamaru noted that Japan has the highest number of MR and CT scanners per population in the world and that there are 229.2 exams per 1,000 people performed annually. The number of CT and MR exams has increased over time as there is a low exam fee.

“The situation is very concerning regarding the safety and efficacy,” Kumamaru said.

Clinicians are in the process of developing a nationwide imaging database, as some exams not recommended by guidelines are frequently performed, she said.

Dr. William Mayo-Smith spoke about the Image Wisely campaign, a program of the American College of Radiology, RSNA and the American Association of Physicists in Medicine, and launched at the RSNA annual meeting in 2010. Aside from giving talks, the group has delivered information on regulations and standards via its website.

“If these change, it’s very difficult, as a practicing radiologist, to know exactly what’s going on,” Mayo-Smith said. “The feds have one thing and the states have regulations, and it’s very difficult to know what is changing around. We have all this information on our cover page.”

Mayo-Smith also noted the ACR’s dose registry has information on more than 1,900 facilities and 45 million exams.