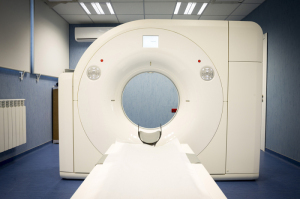 Another MR tragedy has taken a life.

This time a 32-year-old man perished at BYL Nair Municipal Hospital in Mumbai, when he was holding his elderly relative's oxygen tank as he accompanied her into the room for a scan.

Three people were arrested in the incident for causing “death by negligence,” according to the Indian Express. These included Dr. Saurabh Lanjekar, and hospital workers Vitthal Chavan and Sunita Surve.

Rajesh Maruti Maru, age 31, had helped his sisters's mother-in-law, Laxmibai Solanki, into the room for a test when the tank he was holding pinned him by the hand and trapped him in the device.

“Magnetic force of the machine sucked him in. We are not sure how he went so close. An inquiry is on,” said Dr Ramesh Bharmal, Dean of Nair Hospital, told the paper.

Apparently the machine snapped the tank's valve off and led to Maru inhaling too much oxygen.

Maru’s family recounted that he was instructed not to leave the tank outside, and hospital staff had him help position the elderly patient in the MR. “The ward boy asked him to help. They said it was okay. He went close to the machine and instead got pulled along with the oxygen cylinder inside the machine. Instead of taking responsibility, the hospital workers scolded us for Rajesh having gone close to the MR machine with the cylinder in his hand,” said Maru’s sister Priyanka Solanki, who was also present in the room.

"When we told him that metallic things aren't allowed inside an MR room, he [the hospital worker] said 'sab chalta hai, hamara roz ka kaam hai' (it's fine, we do it every day). He also said that the machine was switched off. The doctor as well as the technician didn't say anything," Solanki told NDTV.

A postmortem at J J Hospital showed that the cause of death was pneumothorax, in which excessive air enters the lung. “An excessive quantity of oxygen entered his body from the cylinder, which is also harmful. He seemed to have died instantly because of that. Apart from that there were injury marks on both his hands,” a forensic doctor said.

At this point, reported the Indian publication, the investigation continues. Senior Police Inspector Savalaram Agawane told the paper that “relatives should ideally not be allowed inside the MR room. The ward boy or doctor should have also told the family not to take the oxygen cylinder close to the machine.”
1(current)
2