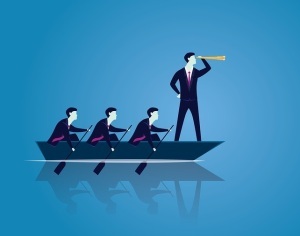 Amazon, Berkshire Hathaway, and JPMorgan Chase are teaming up to form an independent company that will tackle the task of improving their employer-covered health care.

Their aim is “improving on ways to address health care for their U.S. employees, with the aim of improving employee satisfaction and reducing costs,” the trio announced Tuesday in a statement.

“Hard as it might be, reducing health care’s burden on the economy while improving outcomes for employees and their families would be worth the effort. Success is going to require talented experts, a beginner’s mind, and a long-term orientation,” said the companies.

Importantly, the three firms stated that they “will pursue this objective through an independent company that is free from profit-making incentives and constraints.”

At first the major focus will be on technology to give U.S. employees and their families “simplified, high-quality and transparent health care at a reasonable cost.”

The move brings together three extremely important and influential firms – with major footprints in retail, banking and insurance – to take on a goal that has so far eluded others.

“The ballooning costs of health care act as a hungry tapeworm on the American economy,” stressed the companies.

“Our group does not come to this problem with answers. But we also do not accept it as inevitable. Rather, we share the belief that putting our collective resources behind the country’s best talent can, in time, check the rise in health costs while concurrently enhancing patient satisfaction and outcomes,” said Berkshire Hathaway Chairman and CEO, Warren Buffett.

Amazon's founder and CEO Jeff Bezos, who had long been rumored to be making moves into the health space, added that “the health care system is complex, and we enter into this challenge open-eyed about the degree of difficulty.”

He underscored the importance of the effort, despite the challenges.

“Hard as it might be, reducing health care’s burden on the economy while improving outcomes for employees and their families would be worth the effort.”

JPMorgan Chase Chairman and CEO Jamie Dimon, whose organization is the largest U.S. bank by assets, observed that, “our people want transparency, knowledge and control when it comes to managing their health care,” adding that, “the three of our companies have extraordinary resources, and our goal is to create solutions that benefit our U.S. employees, their families and, potentially, all Americans.”

So far the effort is just in initial planning. The company will be led by Todd Combs, an investment officer of Berkshire Hathaway; Marvelle Sullivan Berchtold, a Managing Director of JPMorgan Chase; and Beth Galetti, a Senior Vice President at Amazon.
1(current)
2