For this cancer, proton therapy is no better than IMRT 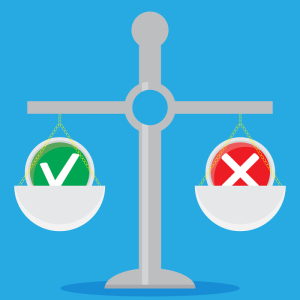 Proton therapy (PT) may not be a safer bet compared to conventional radiation when it comes to lowering toxicity associated with non-small cell lung cancer (NSCLC).

At least that’s what researchers at the University of Texas MD Anderson Cancer Center and Massachusetts General Hospital say in a new study comparing dose distribution of 3-D passive scattering proton therapy (PT) and intensity-modulated radiation therapy (IMRT), finding no decline in risks, such as radiation pneumonitis, when using the former type of treatment. Their findings were published in the Journal of Clinical Oncology.

“There is no doubt that there is dosimetric advantage in protons compared with photons. Whether the dosimetric advantage will translated to clinical benefit or not depends on many factors including how best use this new form of radiation," Dr. Zhongxing Liao, the lead author of the study and a professor of Radiation Oncology at the University of Texas MD Anderson Cancer Center, told HCB News. "Our trial showed that, using an outdated way, passively scattered proton beam or 3-D conformal proton, to deliver proton, we were not able to realize the dosimetric advantage of the proton on lung; therefore, we did not reduce radiation pneumonitis."

The presumption that proton therapy is superior to conventional radiation due to its more-targeted form of delivery have led some to conclude that randomized trials comparing the two are unnecessary, inappropriate and unethical.

Researchers tested this hypothesis in a Bayesian trial in which 149 patients with inoperable NSCLC were randomly selected to undergo IMRT or PSPT with the objective being to determine if PSPT patients showed a lower risk of grade ≥ 3 RP or local failure (LF).

PSPT was found to expose less lung tissue at 5-10 GY (RBE) doses but more at doses of 20 GY (RBE) or higher. No benefits in grade ≥ 3 RP or LF were found in these patients with locally advanced NSCLC.

A one-year follow-up found the PSPT group had a 10.5 percent rate of ≥ 3 RP compared with 6.5 percent of IMRT patients.

Rates of LF were 10.9 percent at one year for patients who underwent IMRT, compared to 10.5 percent of PSPT patients. Combined RP and LF rates at one year were 17.4 percent and 21.1 percent following IMRT and PSPT, respectively.

Though not the main focus, median survival for PSPT patients was 26.1 months and for IMRT, 29.5.

The findings here could make many skeptical of growth predictions for the proton therapy market, which is expected to almost double in value by 2022. They also contrast with a recent study that compared PT and IMRT in the treatment of prostate cancer, finding higher survival rates and less complications induced by radiation exposure among patients who underwent PT.

“The trial tells us that, when investing for proton centers, one needs to be aware of the issues encountered in our trial and be prepared to address them," said Liao. "Adequate engineering, physics, clinical and research support is critical to ensure the success of the proton centers.”

Despite these results, the use of PSPT was found to reduce heart exposure to radiation at levels between 5 and 80 Gy, as well as heart volume, with its impact on cardiac toxicity and overall survival currently under study.

Sparing the heart for overall survival is currently being evaluated in a phase III randomized lung trial that will provide evidence on the use of proton therapy for lung cancer, while a phase II study is comparing the effects of IMRT to the next-generation proton technique intensity-modulated proton therapy. Both will help in providing more information on the comparisons between proton therapy and photon treatments.