Surgeon gets 13 years for falsely billing Medicare over $7 million 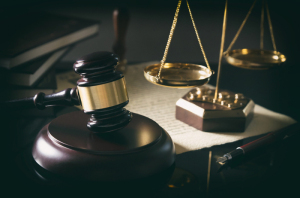 U.S. District Judge Dora L. Irizarry of the Eastern District of New York handed out the sentence to Glen Head resident Syed Imran Ahmed for billing the national insurance program for incision-and-wound debridement procedures that he did not perform.

“Being a health care provider in the Medicare and Medicaid programs is a privilege, not a right," Special Agent in Charge Scott Lampert of the U.S. Department of Health and Human Services – Office of Inspector General (HHS-OIG), said in a statement. "When fraudsters rip off scarce taxpayer funds meant to pay for legitimate health care services, they undermine these vital programs and affect the millions of Americans who rely on them.”

The case is one of many investigated as part of the Medicare Fraud Strike Force, overseen by the Criminal Division’s Fraud Section and the U.S. Attorney’s Office for the Eastern District of New York. Since its initiation in 2007, nearly 3,500 defendants have been charged with the collective amounts of their billings to Medicare, adding up to more than $12.5 billion.

A surgeon in Brooklyn and Long Island hospitals, Ahmed was found guilty in July 2016 of creating lists of surgeries that he falsely claimed he performed and sending them to his billing company in Michigan with instructions to bill Medicare. He also claimed that operations took place in operating rooms to receive a higher payout.

The 11-day trial ended with a conviction of one count of health care fraud, three counts of making false statements related to health care matters and two counts of money laundering.

A federal jury in California recently convicted a radiologist in Beverly Hills for illegally billing insurance companies, including Medicare, up to $25 million for services performed under the guise of kickback payments.

“His conviction and the sentence imposed in this case demonstrate the Department of Justice’s unwavering commitment to protecting public funds and the integrity of our health care system,” Acting Assistant Attorney General John Cronan said in a statement.

The investigation of this case was carried out by the FBI and HHS-OIG, with trial attorney Debra Jaroslawicz of the Fraud Section; Assistant U.S. attorney F. Turner Buford, formerly a Fraud Section trial attorney; and senior litigation counsel Patricia Notopoulos of the Eastern District of New York, serving as prosecution during court proceedings.