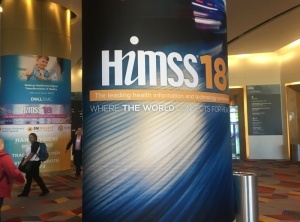 With a little help from IBM Watson enrollment in breast cancer-specific drug trials at Mayo Clinic went up by 80 percent in less than a year, according to Dr. Tufia Haddad.

The associate professor of oncology at Mayo Clinic elaborated on that success during a presentation at HIMSS 2018 in Las Vegas, crediting it, (as well as a reduction in screening time) to IBM Watson Health’s Watson for Clinical Trial Matching AI cognitive computing system.

“When we started in 2014, everything was manually entered. It was taking up to three minutes in order to drive patient and tumor attributes. We were using all data from electronic health records, and natural language processing was quite limited,” she said. “Today, we’re able to drive nearly all unstructured and in some cases, structured data. The time to get these patient attributes is literally in a single click. In less than a second, all this information comes forward. We have limited our data to oncology-specific notes: surgery, radiation, medical therapies for cancer treatment, pathology reports-specific. We’re not utilizing our entire EHR.”

Only about 5 percent of all cancer patients in the U.S. take part in clinical trials, that very low participation rate leads to incomplete research that delays access to better therapies and improvements in patient care.

Mayo initially launched the system in January 2016. Prior to this, subject matter experts taught the system important patient and tumor characteristics to consider when matching a patient with complex inclusion and exclusion clinical trials; where and how to identify different attributes; and how to collect patient input.

Nurses, physicians and coordinators were also trained on how to use the system, while patients were provided brochures to explain the new method for matching them to clinical trials. According to Haddad, a system support team was also formed.

The system saw little success, however, with growth in clinical trial matches waning after the first week due to the need to perform point-of-care screenings clogging the current workload of nurses and physicians.

Mayo quickly brought on board a health system engineer to help deconstruct its existing workflow and identify resources at its disposal.
1(current)
2