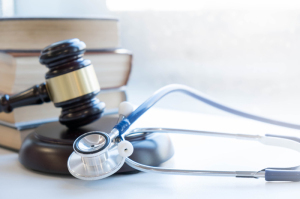 The Massachusetts-based manufacturer is accused of selling its Triage device between January 2006 and March 2012 under the knowledge that it was a materially unreliable device for point-of-care diagnostic testing, producing erroneous results that potentially could lead to the occurrence of false positives and false negatives. In doing so, Alere is alleged to have allowed providers to submit false claims to Medicare, Medicaid and other federal health care programs.

“Physicians who work to treat patients with suspected myocardial infarctions rely upon devices such as Alere’s Triage Cardiac products for quick and accurate readings," Stephen M. Schenning, acting United States attorney for the District of Maryland,” said in a statement. "When manufacturers such as Alere make changes to the specifications that affect the product’s reliability without informing physicians or the FDA, patient care is put at substantial risk.”

Amanda Wu, a former senior quality control analyst for Alere, filed the suit under the whistleblower provision of the False Claims Act, which permits private parties to file suits on behalf of the U.S. for false claims.

The suit alleges that upon receiving customer complaints regarding the product’s erroneous results, Alere failed to take any course of action to rectify the matter and only recalled the product nationwide in 2012 following FDA inspections.

As part of the agreement, Alere will pay $28,378,893 to the federal government with Wu receiving approximately $5.6 million. It also will return $4,860,779 in total to individual states that jointly funded claims for Triage devices submitted to state Medicaid programs.

“Alere agreed to settle this matter prior to Abbott's acquisition of the company,” Abbott told HCB News, having acquired the company in October 2017.

The settlement was carried out between Alere, the U.S. Attorney’s Office for the District of Maryland, the Commercial Litigation Branch of the Justice Department’s Civil Division and the National Association of Medicaid Fraud Control Units, assisted by the FDA’s Office of Chief Counsel and the HHS Office of Counsel to the Inspector General.

No determination of liability has been reached in the case.

The Department of Justice did not respond for comment.