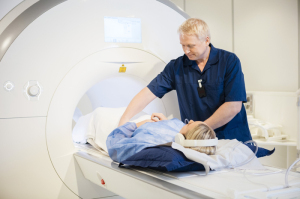 A Michigan health system decreased
its waiting time for breast MRs
from 101 to 5 days
Imaging providers seeking to slash waiting times for specialized MR procedures may want to take a cue from the University of Michigan’s health system, which managed to lower its breast MR waiting time from 101 days to five.

The reduction stems from a quality improvement (QI) initiative conducted between December 2014 and March 2016 that examined waiting periods for breast MR scans as well as scheduling grids and staff models. The researchers concluded that the imaging backlog was primarily driven by two factors: a deficiency in the number of trained technologists and the need for radiologist supervision.

“When a specialized examination is being initiated, radiologists and MR administration should establish institutional criteria for technologist didactic learning, the length of supervised scanning, and the minimum number of supervised MR examinations performed prior to independent scanning,” Colleen H. Neal, a clinical associate professor of radiology at Michigan Medicine and the lead author of the study, told HCB News.

A total of 798 breast MR exams were conducted during the study, with researchers increasing the number of MR technologists qualified to perform exams from three to seven by training four trainees based on a checklist concerning pre-scan requirements, within-scan requirements, and documentation requirements.

Following a series of reviews and ten supervised scans, trainees were able to independently perform exams, eliminating the need for radiologists to be present, while still maintaining image quality and service.

Following one month after training commenced, the facility was able to schedule exams on weekends, when personnel were unavailable. After eight additional months the facility accommodated exams after 5 AM on weekdays.

These changes increased breast MR volume from 23 to 50 per month and decreased wait times by an average of 96 days.

Many regions of the U.S. witnessed a 16-fold increase in volume for breast MR scans between 2000 and 2011, with the University of Michigan experiencing a similar jump by 2014.

Scanning this growing patient population is hindered in certain states where providers require government-issued certificates of need for access to MR scanners, as well as complex imaging studies that require the presence of multiple specialized personnel.

“I would advise radiologists to involve the MR administration and lead technologists early in the process in order to engage the entire team,” Neal said. “Training additional technologists in a specialized MR examination will take time, so patience and persistence are necessary.”

The study was published in the Journal of the American College of Radiology.