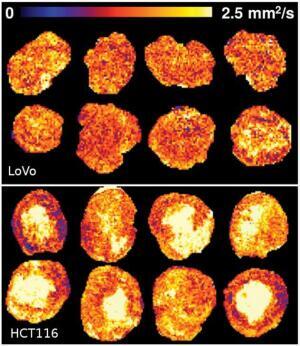 An AI approach designed to assess
changes in features on Mars is now
being used to assess the effectiveness
of therapies on tumors as different
parts of them change
A machine learning approach used in the study of Mars has wound up in the division of informatics, imaging and data sciences at the University of Manchester, where researchers are adapting it to measure the effects of tumor treatments.

The technique, known as Linear Poisson Modeling, was developed by researchers at the university to assess images of craters and dunes, and will now also be used to evaluate the effectiveness of treatments administered to a tumor as different parts of it change at varying speeds.

“A measurement from any real-world system, whether it is a planet or a patient, will be uncertain due to the presence of noise,” Dr. Paul Tar, a researcher who co-developed the method during his Ph.D. project, told HCB News. “Most machine learning approaches, such as deep learning, do not have a comprehensive theory of uncertainty associated with them, making it difficult to use them with confidence when making measurements for scientific applications. Linear Poisson Modeling was designed from the outset to provide measurements and estimates of errors. This is a fundamental difference between our approach and others.”

Scientists typically must use many samples, often ones found in animals, to observe average changes. Conventional statistical methods are also limited in assessing the effects of treatment on a case-by-case basis, a requirement for personalized medicine.

Linear Poisson Modeling assesses the shape of histograms, learning patterns within the numerical data and how they can change. It also evaluates the effects of data errors, providing predictions on the preciseness of its results.

Researchers created the technique to find and better understand errors and uncertainties of observations made when mapping features on planets such as Mars, using histograms they designed of the number of times different types of texture occurred within an image.

Histograms were then created for the number of times different antibody-drug conjugate values occurred with scientists testing the approach on lab mice, observing a four-fold increase in the precision of tumor change measurements that showed the positive impacts of cancer therapies.

The result is equivalent to a 16-times larger sample size, indicating that the approach could reduce the number of samples required, thus decreasing the number of animals used in laboratory testing, and may lead to greater confidence in findings and a faster process for approving new cancer therapies.

“It is relevant to all cancers,” James O’Connor, head of imaging at the Manchester Cancer Research Centre, who worked with the Manchester team on the tumor study, told HCB News. “The likely first use is to help make lab studies more efficient and to help deliver useful imaging tests more quickly – thus, it could help accelerate new cancer therapies into the clinic more efficiently.”