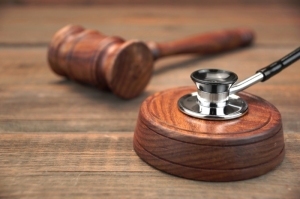 The United States Court of Appeals for the Fifth Circuit reversed the ruling of the original 2016 trial on the grounds that it was conducted in a manner that prevented the defendants from receiving a fair hearing, notably due to U.S. District Judge Ed Kinkeade allowing the plaintiffs’ lawyers to discuss a 2011 settlement over alleged bribes made by J&J in Iraq in their argument.

“We are pleased that the Fifth Circuit has reversed the verdict in the Aoki case. As the court's ruling makes clear, the trial was rife with errors that made it impossible for defendants to get a fair trial,” John Beisner, a lawyer for J&J and its DePuy unit, told HCB News. “The court also called out plaintiffs' lead counsel's ‘deceptions,’ which it found to be ‘obvious, egregious, and impactful,’ as independent grounds for reversal. We look forward to the opportunity to retry the plaintiffs' claims on a level playing field.”

The case is the second bellwether trial to assess claims made by users of the implant over alleged medical problems incurred because of the device. DePuy ceased all sales of the solution when the FDA raised its regulations for metal-on-metal hip implants in 2013.

The original ruling ordered J&J to pay $502 million with the sum later reduced to $151 million.

The three-judge panel of the appeals court ruled against this decision, saying the plaintiffs’ counsel Mark Lanier manipulated the emotions of the jury by discussing a $70 million settlement that J&J agreed to pay to end a government investigation into alleged bribes it made to European physicians in exchange for contracts and the sale of its drugs and medical devices.

They also faulted Lanier for telling jurors that J&J paid kickbacks to men working for former Iraqi dictator, Saddam Hussein. The company, as part of the settlement, did admit to paying kickbacks to the former Iraqi government in exchange for supply contracts under the UN Oil-For-Food program.

The five plaintiffs have the option to seek a new trial of their combined claims if they wish to, with Lanier telling Bloomberg that he’s ready to retry the case.

“I think we’ll get more money the next time around,” he said.

Juries in a Dallas federal court have ordered J&J to pay more than 1.7 billion in damages over the hip solution, with one verdict costing more than $1 billion. Though Kinkeade later cut several of these financial penalties.