Device recalls skyrocket by 126 percent in first quarter of 2018 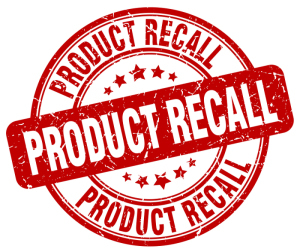 The NASDAQ-listed global business-to-business services company reported that a recall of 343 devices took place, more than double that of the previous quarter and the largest since 2005. Software accounted for the biggest portion of recalls for the eighth consecutive quarter, at 22.7 percent.

"There are a number of different issues that led to software recalls, including software anomalies, false results, and network connection issues," Mike Good, vice president of marketing and sales operations at Stericycle Expert Solutions, told HCB News. "Because this has been a consistent issue over several quarters, it is something companies will want to keep a close eye on."

A 2017 study found recall numbers dropped by 20 percent for manufacturing plants when FDA investigators who conducted their business at the facilities were placed on a rotating schedule. The risk for future recall went up by 21 percent when the same investigator evaluated a plant twice and by 57 percent when they looked at it a third time.

In addition, higher rates of interval breast cancer were connected to fewer recalls in lower screening mammography, according to findings published in the journal, Radiology.

Pharmaceutical recalls rose by 52 percent to 105, the highest number since the third quarter of 2013, mainly due to false specifications, comprising 22 percent of all recalls, and the top cause for the seventh consecutive quarter.

In contrast, consumer product recalls dropped by three percent for the first quarter, with home furnishings and décor accounting for the most, at 29.2 percent.

FDA food recalls also slipped by eight percent to 138, though the number of food units pulled rose by six percent due to contamination from foreign materials, particularly metals found in food.

USDA recalls remained at 28. The total amount of recalled pounds of beef, poultry, pork, seafood and other products under its watch, however, increased by 69 percent to over one million due to bacterial contamination.

Though the recall rate was low for medical devices and units in the fourth quarter of 2017, Stericycle advises medical device companies to collect up-to-date data on current signees and plan for recalls in advance to prevent these stats from rising.

"It is important to remember that recalls ebb and flow from quarter to quarter. Advancements in technology can make products more complex, which can lead to more issues," Good said. "The benefits typically outweigh the risk, but companies should be sure to have a robust recall plan in place and test that plan through mock recalls to ensure they are recall ready."