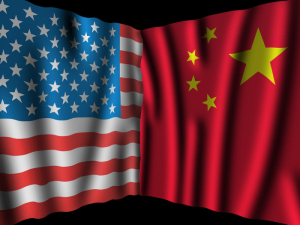 MITA has called for a timely exemption
process to try and protect medical imaging
equipment and parts from the impact of
the Section 301 tariffs
The Medical Imaging and Technology Alliance (MITA) is once again calling on the Trump administration to address the matter of Section 301 tariffs for goods imported from China – this time through the establishment of a timely and robust exemption process.

Its request, made Friday, comes in response to an announcement last week that such a process would be implemented, but failed to provide further details as to when and how. It also came the same day as the initiation of the first wave of Trump's 25 percent tax fees, affecting approximately $34 billion worth of goods. A remaining set of products valued together at $16 billion is still under further review.

“Tariffs slapped on medical imaging component parts coming from China (and retaliatory tariffs from Beijing) takes funding away from research and development and serves as a barrier to innovation,” Patrick Hope, executive director of MITA, told HCB News. “An exemption process is essential so we can continue to make our case to the administration and help them appreciate that any trade imbalances and inequities between the U.S. and China have nothing to do with medical imaging devices. Medical imaging devices as a whole should therefore be exempted so research and development can be encouraged.”

President Donald J. Trump first proposed enacting tariffs for more than 1,300 medical devices and parts, including MR magnets and CT scanners, in early April to curb the transfer of technology and intellectual property from American companies to domestic Chinese enterprises.

He later considered adding another $100 billion in products before forging ahead last month with his decision to implement his originally proposed $50 billion worth of items laid out under the tax, setting off a trade war with China and affecting a number of devices and parts including electromagnets used for MR, computed tomography apparatuses based on the use of X-rays, X-ray tubes, radiation generator units, radiation beam delivery units, and parts and accessories of apparatuses based on the use of X-rays, among others.

In response, China retaliated with its own tariffs, the first wave of which took effect the same day as the U.S. tariffs, impacting $34 billion in agricultural, automobile and seafood products. A total of 114 products within the chemical, medical equipment and energy industries are subject to a second wave of tariffs.
1(current)
2
3