Alphabet-backed One Medical in talks to raise over $200 million 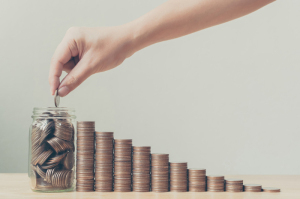 One Medical is “in late-stage conversation” with The Carlyle group about raising $200 million in growth capital, sources have told CNBC.

The company, which launched in 2007, had already raised about $180 million from backers including JPMorgan, Alphabet's GV, Benchmark and Maverick.

Concierge-care-focused One Medical is hoping to “disrupt” the doctor's office primary care market.

Carlyle, with over $200 billion in assets, also is intending to buy $100 million in shares from investors on top of the funds, sources told the business news organization.

One Medical has offices in cities around the nation, including in San Francisco, New York, and Seattle, and takes most insurance – as well as taking payments without insurance. At present, it is in-network with all major PPO and HMO health plans, according to its website – with copays, coinsurance and deductibles just as with a regular doctor visit. Insurers already accepting One Medical include: Aetna, Anthem, Blue Cross Blue Shield, Cigna, Health Net, UnitedHealthCare, Blue Shield of CA, Oscar, Arizona Care Network, PacifiCare, Empire, Tufts, and Harvard Pilgrim.

A tech-focused approach pushes information to the forefront, with online scheduling, a virtual medical team, and a number of mobile apps. Beyond that, it has developed its own in-house electronic medical system instead of working with one of the current health record system vendors.

When former UnitedHealth group executive Amir Rubin took the One Medical helm in 2017, he told CNBC, that growth had been “tremendous”, propelled, in part, by a model in which the firm sells primary care clinics into both the employer and general consumer markets.

According to the news site, One Medical's latest reported value is over $1 billion.

One Medical is far from the only bet that Alphabet – the Google holding company – has put on the healthcare sector.

Also in August, Google joined other tech giants, including Amazon, IBM, Microsoft, Oracle, and Salesforce in signing a letter from the Information Technology Industry Council (ITI) saying that they are “jointly committed to removing barriers to the adoption of technologies for healthcare interoperability, particularly those that are enabled through the cloud and AI.”

Google pledged its efforts toward the interoperability of healthcare data “through AI and the Cloud,” Dr. Gregory J. Moore, vice president of Healthcare at Google Cloud, added in the statement.
1(current)
2