Healthcare has a serious problem with wasted spending

Healthcare has a serious problem with wasted spending 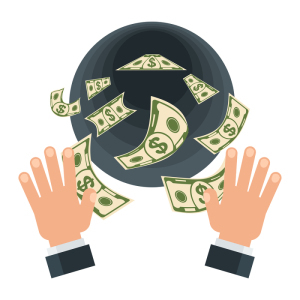 Did you know that the U.S. healthcare system wastes about a quarter of what it spends every year? That’s about $765 billion wasted, according to the National Academy of Medicine.

That’s more than the entire budget of the Defense Department. That’s enough to provide insurance for more than 150 million Americans. Think of all we could do if we could recapture even a portion of that waste.

Without a doubt, hospitals and surgery centers do not have open-ended budgets. To the contrary, profit margins have been trending down for years, to 2.1 percent in 2017 and an estimated 1.8 percent in 2018. That means for every $1 in profit, they must earn nearly $56 in revenue; a profit of $100,000 requires $5.6 million in revenue. Those are razor thin margins, and as a result, many hospitals are closing. The American Hospital Association says hospitals have been closing at a rate of approximately thirty per year. Morgan Stanley analyzed data and concludes that more will shut down in the next 12 to 18 months. Eight percent of U.S. hospitals are at risk of closing, and an additional ten percent are considered “weak.”

It is crystal clear that hospitals that succeed will be those that control costs. Labor is the biggest expense at 33 percent of the overall budget, but most hospitals have already leaned this out as much as they can. Right behind labor, and gaining, is supply chain, which represents about 31% of the budget. Therein lie opportunities to unleash greater efficiencies and reduce waste.

Healthcare supply chain contributes roughly $10 billion of waste in our health system every year, about half in non-controlled pharmaceuticals and half in unused, unexpired supplies and devices. There’s legitimate reasons for it, in our complex, fractious, highly regulated system. Things like contract changes, product conversions, restrictive manufacturers’ return policies, equipment upgrades, physician preference items – all contribute to waste and inefficiency. When a physician orders preferred items, like heart valves that cost $6,000 each, for example, then leaves the hospital, those items often go unused. They sit on a shelf until finally they are identified as excess or slow-moving inventory and placed on a pallet bound for the landfill.