Surgeons can 'listen' to brain during tumor removal with new technique

Surgeons can 'listen' to brain during tumor removal with new technique 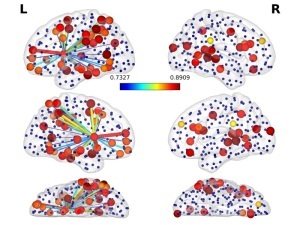 Researchers at Cambridge University Hospitals have developed an approach that notifies surgeons of specific brain activity during surgical procedures to remove low-grade gliomas, enabling them to predict more accurately the likely impact of removing a particular area of brain tissue and saving time during operations.

"The idea is to look at cognitive mapping during surgery using the recording of brain activity, or by ‘listening’ to the brain, in addition to the use of electrical stimulation," Dr Yaara Erez, a Royal Society Dorothy Hodgkin research fellow at the University of Cambridge, told HCB News. "Since these surgeries are done while the patients are awake, we can ask them to do different cognitive tasks, and using their brain activity while they do these tasks, provide neurosurgeons with additional information about cognitive mapping, to be used in their decision about how much tissue to cut out or leave in."

Neurosurgeons currently assess chance for impairment by waking patients up when opening their skull and asking them to perform a set of tasks while applying electrical pulses to tissues surrounding the tumor. If a pulse applied to a certain place of the brain affects the ability of the patient to perform a task, the surgeon will leave the tissue in place.

Though considered the “gold standard”, applying pulses on different parts of the brain can be time-consuming and risks missing areas that are important for certain functions. In addition, the cognitive tasks that the patient is asked to perform are limited and do not included testing for essential executive function due to such actions relying on a network of regions across the brain.

Utilizing MR, researchers performed a number of neuroimaging exams on patients prior to surgery, identifying not just the location of the tumor but how different areas of the brain communicate with one another. They then produced a 3D print-out of the patient’s brain to help surgeons prep for surgery and to discuss the potential risks with the patient, giving them the chance to voice their opinions about which tissue to remove.

During surgery, electrodes were placed on the surface of the brain to allow surgeons to “listen” to brain activity, with an algorithm analyzing information that was picked up as the patient performed a set of cognitive tests. The computer then provided feedback to the surgeon, allowing him or her to more accurately predict the likely consequences of removing a particular area of brain tissue.
1(current)
2