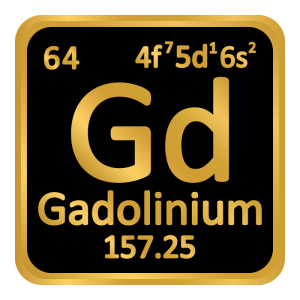 A MR software requiring no contrast
agents could spare patients from the
alleged side effects associated with
gadolinium exposure
A Wisconsin-based enterprise has filed a patent application for its MR software, which requires no contrast agents when used in procedures.

Submitted under the patent as a solution for "gadolinium-free MR imaging of the brain and other organs," the technology by Imaging Biometrics aims to free patients from exposure to contrast agents, saving on the duration of exams, the costs of agents for providers, and the alleged toxicity associated with GBCAs.

"The MR technologists and nurses not having to administer a dose of contrast to patients will speed up clinical workflows," Michael Schmainda, president of Imaging Biometrics, told HCB News. "There are even times when the contrast agent isn't administered properly resulting in poor scan quality. This may cause the exam to be rescheduled, inconveniencing the patient and their care provider as well as wasting scanner time. Those wasted costs, including the expense of gadolinium itself, could be avoided in the future."

The software consists of a deep-learning neural network trained with a large number of data sets that condition it to project or simulate where the contrast agent would normally appear. Data sets include DWI, T1 or Flair. The idea of non-contrast imaging is a popular idea among many organizations and individuals, with much of the drive behind it fueled by debates over the alleged negative side effects associated with gadolinium exposure.

“These companies continue to say that there is no link between gadolinium and adverse events, even though the evidence is overwhelming that this heavy metal stays in the body for years, rather than hours,” said actor and action star Chuck Norris in a statement last year.

At the time, Norris and his wife, Gena, had filed a lawsuit against 11 companies, accusing them of producing GBCA products that posed harm to patients. They claim that the use of these substances led Gena to develop Gadolinium Deposition Disease following a number of MR scans and led to out-of-pocket hospitalization costs for her treatment that amounted to $2 million or more.

Because of such claims, many scientists and organizations are exploring the development of not just contrast-free exams but alternative agents, or solutions that cut down on the amount of gadolinium exposure that patients are subjected to. Nanoscientists at Rice University and the University of Texas MD Anderson Cancer Center, for instance, recently developed an alternative agent, embedded with iron chelates, to outperform gadolinium and spare patients from alleged health risks.

This, however, is not the only area being explored in AI, with Imaging Biometrics itself developing other software that deploys sophisticated algorithms to assess the MR and CT scans that help clinicians make diagnoses. A possible scenario could be the evaluation of blood supply in an area of the body to help determine if a mass is a tumor or scar tissue.

A main focus of the company is investing in AI. "AI is exploding in all industries, not just the medical field, and exposing exciting new opportunities every day," said Schmainda. "This is just one application we felt we could leverage. It's very promising that other scientists and groups are attempting to do similar things with AI, as it demonstrates that substantial leaps in technology are not that far away."

Imaging Biometrics is owned by IQ-AI, an enterprise based on the Island of Jersey off the U.K. coastline.

The system is currently in development and undergoing testing in clinical trials.