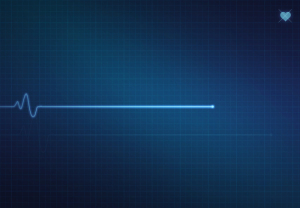 Alice Sloman suffered a cardiac event
while undergoing a general anesthetic for
her MR exam and died three
days later
The preparation of what was supposed to be a routine MR scan is now under investigation following the death of a 14-year-girl, and provides a devastating reminder that MR safety is a topic as complex and diverse as the patients admitted for scanning.

Alice Sloman of Devon, U.K. was described by her parents as "laughing and singing" on October 16 when she went in for a scan at Torbay Hospital. Clinicians were investigating suspected water on the brain of the teen, who suffered from multiple health conditions, due to a number of headaches she had. While undergoing general anesthetic, however, Sloman suffered a cardiac event, narrowing the flow of oxygen to her brain and causing her organs to shut down.

"During the MR, her heart rate went sky high then plummeted a number of times and her blood pressure fell through the floor,” her mother, Sarah, told DevonLive. “What was supposed to be an investigation turned into a living nightmare. The liaise doctor said we should prepare for the worst.”

Sloman was rushed to Bristol Royal Hospital for Children and placed on life support. Though only given seven hours to live by doctors, she survived for three days. During that time, doctors discovered a previously diagnosed cardiomyopath condition, otherwise known as diseases of the heart muscle.

A possible diagnosis of Noonan syndrome was also made, with common symptoms including heart defects, restricted growth and unusual facial features. Sloman was autistic, a condition that often results in unique facial characteristics and has been linked to Noonan syndrome. She also was not producing growth hormones in her pituitary gland, forcing her to take artificial ones which her parents believe may have contributed to her poor health.

Sloman died on October 19, surrounded by her family. The circumstances around her death are being looked into. “We are currently investigating the very tragic death of Alice,” Jane Viner, chief nurse at Torbay and South Devon NHS Foundation Trust, told DevonLive.

In response to their daughter’s death, Sarah and her husband, Nathan, are now advocating that every child’s heart be tested prior to undergoing a general anesthetic, and that providers ensure proper preparations are in place for patients undergoing MR, particularly higher acute patients.

Tobias Gilk, executive with the radiology-centric architectural firm, RAD-Planning, chairman of American Board of Magnetic Resonance Safety, and founding principal of his own enterprise, Gilk Radiology Consultants, chalks the problem up to decades of mainly imaging relatively healthy outpatients.
1(current)
2