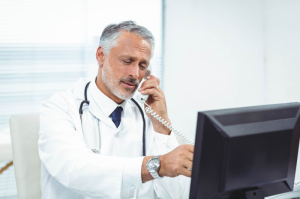 Radiologist-initiated verbal communications may increase the likelihood that patients will receive recommended follow-up imaging in cases of a suspicious mass, according to a study by a team from University of Washington and University of Pennsylvania, recently published in the Journal of the American College of Radiology.

“Communication for imaging examination results is a critical part of high-quality patient care, but communication between radiologists and referring clinicians who order the radiology imaging exams is often suboptimal,” Dr. Joshua Liao, one of the authors and associate medical director of Contracting and Value-Based Care, University of Washington Medicine, told HCB News. “In particular, communication about certain imaging findings, like those that could represent cancer, can be poor.”

The study evaluated images indeterminate for malignancy findings and revealed three main findings, according to Liao.


“Together these findings are significant because they suggest that while radiologist-initiated verbal communication is associated with relevant follow-up imaging, the progression of imaging findings to being suspicious for malignancy was relatively infrequent,” said Liao. “These findings suggest that while helpful, radiologist-initiated verbal communication may not be necessary for all such imaging studies, which is relevant given the competing time demands on radiologists.”

The team conducted the study because they said it was unclear how much follow-up communication could improve radiologist-initiated verbal communication with referring physicians, given other steps that have been undertaken to address the gap. These steps have included standardized coding schemes, electronic notification systems, and other technologies aimed at improving notification of imaging exam findings.

Other recent studies have shown that improving physician-radiologist communication is key to ensuring patient safety and reducing medical malpractice claims.