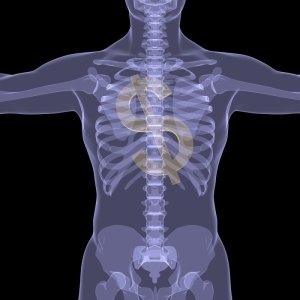 Most outpatient imaging centers have done very little to prepare for the change going into effect January 1, 2020, according to survey results presented by Melody Mulaik, president of Coding Strategies Inc. (CSI), a company that specializes in multi-specialty coding and compliance education. She shared the information at an RSNA session in Chicago.

While Mulaik said the first year would serve as a grace period for physicians to adjust to citing CMS approved AU criteria sources, the top five percent identified in the data can expect oversight measures going into the second year. The goal of the rules is to better control CMS spending for advanced outpatient imaging modalities such as CT, MR, and nuclear medicine (including PET).

Mulaik conducted a quick online survey among the RSNA audience. It revealed that 38 percent of the audience, comprising about 40 percent of administrators, have done nothing to prepare for the new AU rule. Further, 42 percent had just started working and expect the effort to take at least nine months. Only eight percent of the respondents said their operational changes were fully implemented.

These RSNA results were also reflected in a survey conducted by the Association for Medical Imaging Management earlier this year. Of nearly 300 respondents, 66 percent reported that no AU implementation had occurred.

Mulaik cautioned that the new AU documentation could be troublesome. This is because the measures must be incorporated into the existing workflow. Further, linking the change to the chargemaster is not the best option. Such a link could result in a facility having as many as four separate billing codes for the same procedure. Also, the fact that many outpatient operations still rely heavily on paper orders could set the stage for AU confusion and noncompliance.

“When you talk to the government, they think that everything [compliance changes] is easy,” said Mulaik. “They don’t understand all the moving parts.”

She also cautioned that in many facilities, IT is driving the necessary AU changes, not radiology. Adequate lead time, she stressed, is a must, as it’s not just a matter of flipping an AU switch a year from now.