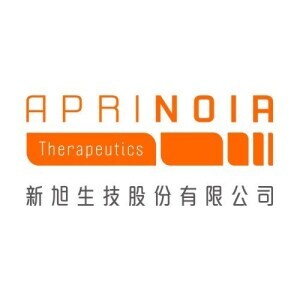 APRINOIA has allowed Celgene to use
its PET tau imaging agent in global
clinical trials
Clinical-stage biotechnology enterprise APRINOIA Therapeutics has given the thumbs-up to Celgene Corporation to make use of its imaging tracer, APN-1607, in global clinical trials.

The Taiwan-based manufacturer will receive annual license and usage fees in exchange for allowing Celgene to use its novel investigational PET agent, which holds the potential for visualizing tau pathology in diverse tauopathies, to support patient selection and efficacy evaluation in its studies.

"We are excited to collaborate with Celgene, one of our most valued global partners," Ming-Kuei Jang, CEO of APRINOIA, said in a statement. "With APN-1607's unique properties, we believe it can offer our partners a valuable tool to validate therapeutic candidates for diverse neurodegenerative disorders, including multiple tauopathies.”

The agent is currently deployed worldwide by APRINOIA at a number of academic medical centers, which are able to apply it to obtain a better understanding of the natural history of tau pathology in rare tauopathies as well as Alzheimer’s.

APRINOIA is also leveraging its use in the company’s tau therapeutic program due to the value it offers in the development of effective treatments for such diseases.

The development of imaging agents for visualizing tau is currently a high priority among many molecular imaging researchers. One team, for instance, recently published their findings on their work in identifying 18F-R0-948 as a promising second-generation PET tracer for imaging and measuring such pathology.

Additionally, Cerveau Technologies announced, this past summer, plans to expand its production network to enhance access and opportunities in research for [18F]MK-6240, a novel contrast agent utilized in PET scans to assess the status and progression of neurofibrillary tangles (NFTs) within the brain as part of several neurodegenerative conditions including Alzheimer’s disease.

“This expansion of the biomarker production network underscores our commitment to the broader scientific research community and our support of the industry’s initiatives to combat neurodegenerative disorders,” Rick Hiatt, president and chief executive officer of Cerveau Technologies, said in a statement at the time.

The specific costs of license and usage fees to APRINOIA were not disclosed.