Radiology Partners adds on Nevada and Texas practices as partners 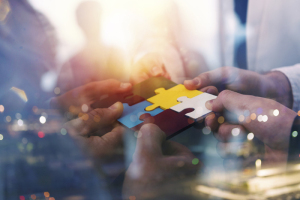 Radiology Partners adds on Desert
Radiology and Austen Radiological
Association as partners
Radiology Partners has kicked off the new year with two new partnerships that separately mark its entrance into the Nevada market and expand its reach in Texas.

The California-based entity has teamed up with Las Vegas’ Desert Radiology in a move that extends its presence across 18 states in total and provides it access to expertise in capitated contracts. It also has struck up a relationship with Austin Radiological Association, one of the largest and most respected practices in the country.

“Desert has a number of capitated contracts in which they carry out member per month-type pricing agreements that make them responsible for managing utilization appropriately,” Dr. Anthony Gabriel, COO of RP, told HCB News. “ARA, meanwhile, aligns with RP in regard to clinical expertise, in regard to developing value-based programs, and in regard to technology and supporting technology for their hospitals.”

A form of carrying out value-based care, a capitated contract ensures an organization is reimbursed a flat fee for each patient under its care. The addition of Desert’s expertise in this field builds upon the success of RP’s three current value-based contracts, in which it distributes incentive payments based on its own clinical performance methods.

The practice partnership with ARA builds the RP family up to approximately 1,200 radiologists, 113 of which serve 20 hospitals and operate 17 outpatient imaging centers as part of ARA. These include centers that offer general multimodality services, and ones that focus exclusively on women’s health.

In exchange, RP offers both practices national scale and with it, access to investments that smaller practices are typically not capable of making.

“Our national infrastructure platforms include our IT platform, which allows us to offer information technology, tools and capabilities; a revenue cycle platform for advanced billing care contracting capabilities; and most importantly, our clinical programs in which we have a number of physicians dedicated to developing clinical protocols to improve guidance and radiology care for referring physicians that are ordering tests,” said Gabriel.

Financial details for both deals were not disclosed.

Ziegler served as the exclusive financial adviser to Desert Radiology, while ARA was advised exclusively by Leerink Partners in a financial capacity and Reed Smith in a legal one.

RP sought financial support from Barclays and Golub Capital for its transaction with ARA, the agreement of which is subject to usual customary closing conditions and other business approvals.