Surgeon to pay $3,000 for removing kidney mistaken as cancerous mass

Surgeon to pay $3,000 for removing kidney mistaken as cancerous mass 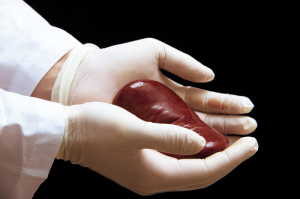 Dr. Ramon Vazquez of West Palm Beach will pay the fine and perform a series of other disciplinary tasks stemming from his actions during a spinal fusion procedure he performed on Maureen Pacheco in April 2016 at Wellington Regional Medical Center, in which he removed an undeveloped but functioning kidney from her pelvic region under the impression that it was a cancerous growth.

“Dr. Vazquez is an excellent surgeon who has been providing exemplary, often lifesaving services in our community for many years,” his attorney, Michael Burt told the Panama City News Herald. “In this instance, he, in collaboration with other members of the surgical team, exercised professional judgment.”

An Orthopedic surgeon, Vazquez was tasked with performing a spinal fusion to alleviate Pacheco’s lower back pain. During the operation, Vazquez came across the kidney in her lower pelvic region, the consequence of a birth defect in which the organ did not ascend into the abdomen along with its counterpart.

Working with his team, the surgeon mistook the body part to be a cancerous mass and removed it, only to later find out what it truly was from a pathologist.

The Florida Health Department filed a complaint in December 2017, arguing that the cancer diagnosis was not related to the patient’s condition, making the removal of the kidney “medically unnecessary.”

Vazquez said he was unable to review Pacheco’s radiology results as they were not at the hospital at the time of the procedure, and that the two other surgeons with him agreed that “due to potential malignancy,” the mass should be removed. He also noted that Pacheco confirmed following the surgery her failure to inform the doctors of her condition.

Dr. Christian Birkedal, a general surgeon from Daytona Beach, was brought in to review the case. He concluded that in addition to reviewing the X-rays before surgery, Vasquez should have biopsied the mass before removing it.

Pacheco’s attorney, Donald J. Ward III, attests to this statement. “It’s a sad day when a doctor places blame on his patient after needlessly removing one of her vital organs. She had the expectation that any physician operating on her would have familiarized himself with her medical records, both prior to surgery and as necessary during the surgery.”
1(current)
2