More of GE healthcare unit could be on block: CEO 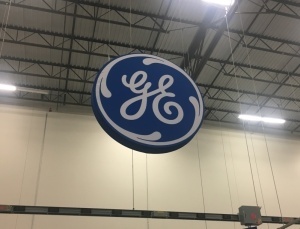 The GE above-expectations Q4 revenue sent the company's stock up 14 percent during the morning of Thursday January 31, along with news that included an aggressive plan to potentially sell nearly half of its healthcare unit.

CEO Larry Culp acknowledged as much in a post-earnings conference call, stating, “We expect to monetize just up to under 50 percent of our healthcare business,” adding that the unit “continues to prepare for public company separation, and that is progressing very well," according to CNBC.

When the healthcare unit IPO was first floated, plans called for selling 20 percent and distributing 80 percent to shareholders, according to the Business News Network.

Culp is struggling to slash massive corporate debt, and the unit spinoff is just part of a larger plan. During the conference call Culp advised that a variety of spinoffs could generate as much as $50 billion.

What makes offloading the healthcare unit attractive is that its IPO, which could happen this year, would let GE return to a tighter orientation revolving around its industrial and energy roots. Also, the unit is a major player in its space, with $3.6 billion of profits on revenues of roughly $21 billion last year.

In mid-December, 2018, GE filed paperwork for the IPO, and is working with Goldman Sachs Group Inc., Bank of America Corp., Citigroup Inc., JPMorgan Chase & Co., and Morgan Stanley on the listing, according to Bloomberg.

A public filing is likely in the spring, according to the new agency.

When reached for comment, GE Healthcare stressed that it was not confirming details at that time.

“As we announced in June, GE intends to separate its Healthcare business, but we have not confirmed the form or timing," a spokesperson told HCB News. "As an independent global healthcare business, GE Healthcare will have greater flexibility to pursue future growth opportunities, react quickly to changes in the industry, and invest in innovation.”

The healthcare unit accounted for about 16 percent of all company sales at that time.

“Today marks an important milestone in GE’s history,” former CEO John Flannery said at the time. “We are aggressively driving forward as an aviation, power and renewable energy company – three highly complementary businesses poised for future growth. We will continue to improve our operations and balance sheet as we make GE simpler and stronger.”

As the company has struggled to cut debt and reposition itself, Flannery lasted barely a year as CEO before being replaced by Culp, who was Danaher CEO from 2000 to 2014, and is credited with a “highly successful transformation of the company from an industrial manufacturer into a leading science and technology company,” according to GE.

GE's year-end earnings report has been greeted with relief by Wall Street, in no small part because it lacked any negative surprises and revealed that cash flow was covering obligations.

“There should be a relief that the earnings and cash flow cadence this quarter were reasonably close to expectations and certainly did not present any new surprises,” RBC Capitals analyst Deane Dray said in a note, according to CNBC.

The results were called “a step in the right direction toward recognizing the significant value we still see in GE shares,” added Andrew Kaplowitz of Citi Research.