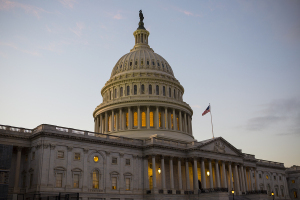 "The specter of the reimposition of the punitive medical device tax threatens patients, American jobs, and medical innovation," said Senator Toomey in a statement. "It's time to end this uncertainty once and for all and finally repeal the medical device tax. I urge my colleagues to join this bipartisan effort."

Enacted under the Patient Protection and Affordable Care Act, the device tax affects the individual sale of each device that falls under it, a category of items that range from pacemakers to tongue depressors. Though put into effect in 2013, the policy has since been suspended twice, with the most recent delay expected to expire at the end of 2019.

Opponents argue that when in effect, the tax caused a loss of 29,000 jobs in the medical equipment industry, according to the Department of Commerce, as well as a $34 million drop in industry research and development. They claim that if not repealed, the policy will create unfair disadvantages for small companies, which make up the majority of medical device enterprises and will lead to a projected rise of $20 billion in taxes over the next decade.

Supporters say its impact on manufacturers has been overstated, pointing to documentation such as a June 2015 report by the Government Accountability Office which found medical device sales had not declined – and actually continued to rise – after the medical device tax was introduced. That trend could be credited to the expansion of health coverage under the Affordable Care Act, which boosted the potential market for their products.

Proposals for repeals and delays of the tax have been numerous, the most recent of which went into effect last January and placed a two-year suspension on the tax.

Organizations such as MITA claim that suspensions such as this one have enabled manufacturers to increase investments in R&D, creating high-paying U.S. jobs with more opportunities to address patient needs, and that a permanent repeal would enable this trend to continue.

“We applaud Senators Toomey and Klobuchar for standing up to protect American patients and healthcare innovation from these detrimental taxes,” said Dennis Durmis, chair of MITA’s Board of Directors. “Permanently repealing the tax – rather than simply delaying it – will ensure the industry is able to adequately invest in research needed to develop the next generation of medical imaging technologies.”

Echoing this sentiment is AdvaMed, which is calling on the House to issue a similar bill to propel the process for killing the tax.

“The broad bipartisan backing of this bill reflects members’ understanding of the negative impact on job creation, investment and patient care should this tax return, and the urgent need for repeal. “The time to act is now. We look forward to the House introducing companion legislation in the near future and pledge to work with Congress, the administration and other stakeholders to ensure this burdensome tax is eliminated once and for all.”