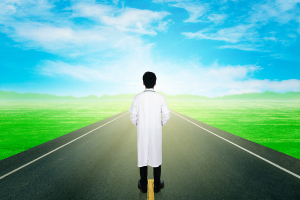 Yonsei Cancer Center in Korea has ambitious plans to take its offerings to the next level, the Center's President Keum Ki-chang told reporters at a news conference at Yonsei University in Shinchon, Seoul.

“Now is the time for quality growth,” he told the assembled reporters according to the Korea Biomedical Review, explaining that present plans call for the unveiling of a heavy ion therapy system in 2022.

Heavy ion therapy targets tough-to-treat cancers like sarcoma, and those hitting pancreas, lung, and liver. “It will be helpful for tumors that have a high potential for side effects and that are rarely treatable,” Keum noted.

The goal is to make Yonsei a place that “treats and cures cancer well,” he advised, stressing that, “we will not only offer standard therapies but those to treat intractable cancer.”

“To advance the cancer hospital, each cancer center should operate innovatively, and the hospital should take responsibility for that. Under this system, I will tear down barriers between departments and grant authority and duty to each center,” he explained.

Plans also call for the onboarding of more CR and MR machines, as well, to cut down on the growing wait times — a byproduct of the rising number of patients using the center.

Heavy ion therapy generates a carbon ion beam that can travel at about 70 percent of the speed of light and deliver its dose of radiation with pinpoint and lethal accuracy to cancerous tissues and minimum damage to nearby healthy tissue, “with fewer fractions compared to other radiotherapies,” according to a Toshiba statement.

Mamoru Hatazawa, vice president of Toshiba ESS, expressed pride over working with Yonsei University Health System, calling it “the most prestigious hospital in Korea,” and adding that, “I am quite confident that our state-of-the-art heavy ion therapy system will contribute to the advanced radiotherapy in YUHS cancer center.”

The heavy ion therapy is “the most advanced cancer treatment in the world, and will deliver the promise of patient-centered care in an era of incurable cancer and super-aging society,” said Do-Heum Yoon, president and CEO of YUHS.