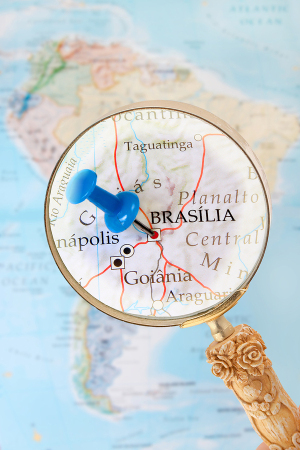 The federal U.S. agency has launched an investigation to determine if Royal Philips, General Electric, Siemens, and Johnson & Johnson paid illegal kickbacks to government officials in exchange for securing contracts with public health programs across Brazil over the past two decades. Its inquiry stems from claims by Brazilian authorities that more than 20 companies may have done so as part of a “cartel” that paid bribes and charged the government inflated prices for equipment and parts, including MR systems and prosthetics.

“We are constantly sharing information with the FBI on this [medical equipment] case. They ask for documents, and we send them, and they are assisting our investigation in return,” Brazilian federal prosecutor Marisa Ferrari told Reuters, adding that the Securities and Exchange Commission was also assisting the Brazilian investigation. “We’ve received a lot of material from the Department of Justice and from the SEC.”

Word of the allegations reached authorities in plea-bargain testimonies from suspects involved in other government corruption probes, which have grown in number in the South American country over the past five years through the discovery of corruption in state institutions and private sector companies, particularly those looking to do business with foreign entities.

Those found guilty could face heavy fines and other punishments under the U.S. Foreign Corrupt Practices Act (FCPA), which makes it illegal for U.S. citizens and companies as well as foreign enterprises with securities listed in the U.S. to pay foreign officials for rights to work with a business.

While Ferrari would not confirm the names of any companies, two Brazilian investigators, on the condition of anonymity, told Reuters that J&J, Siemens, GE and Philips were under suspicion by the FBI of committing bribery in Brazil, making them the four largest multinationals to be accused. The investigators asked not to be named as they are not authorized to discuss the U.S. side of the investigation.

Siemens told HCB News it had no knowledge of the allegations. “We are not aware of any FBI investigation of the company related to cartel activity in Brazil. And of course, it is Siemens policy to cooperate with law enforcement investigations when they occur. Please understand that we cannot further comment.”
1(current)
2