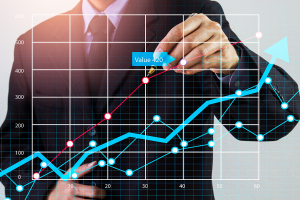 The equipment segment generated $6.12 billion through the sale of 115,592 units in 2018, but a new report suggests things are only getting started.

Driving this growth in established markets have been AI-powered systems, fusion imaging and wearable ultrasound, while the primary factors in emerging markets have been contrast-enhanced ultrasound and elastography, according to a Frost & Sullivan news analysis titled, “Global Ultrasound Market for Established and Emerging Clinical Applications, Forecast to 2023”.

“While developed markets are well established across most clinical applications, developing economies (Eastern Europe, India, China and Southeast Asia) are investing toward emerging clinical applications such as musculoskeletal, anesthesiology and endocrinology,” Poornima Srinivasan, industry analyst, medical imaging, transformational health at Frost & Sullivan, told HCB News. “Musculoskeletal, urology and endocrinology have grown significantly in the United States and Western Europe. For example, the number of ultrasound procedures performed in anesthesia and MSK segments doubled over the past decade in the U.S. and Western Europe.”

The cart-based segment accumulated the most in revenue and accounted for 73.4 percent of the market share and 60.4 percent of the unit shipment, according to the report, which covers North America (U.S. and Canada); Latin America (Brazil and Argentina); Western Europe (Benelux, France, Germany, Italy, Scandinavia, Spain, and the U.K.); Eastern Europe (Romania, Turkey, Poland, Hungary); and Asia-Pacific (Australia, Japan, South Korea, China, Thailand, Indonesia, Malaysia, and India).

Along with noninvasive, expanding clinical applications and affordability, the introduction of portable and ultra-portable systems, cloud and AI is expected to build upon the market’s growth, creating an environment where domestic manufacturers compete against major OEMs on product features, pricing and servicing, while vendors compete on value-based products, product miniaturization and automation.

“While access to CT, MR and nuclear medicine may be limited in regions throughout the world, ultrasound is an essential diagnostic tool globally available and affordable,” said Srinivasan. “There are also potential cost savings for healthcare systems globally by reducing the need for more advanced, and more expensive, imaging techniques. For example, in musculoskeletal diagnosis, availability of MR per million population is low in most countries. MSK ultrasound is considered an alternative diagnosis for bone-related lesions.”

Additional opportunities for growth include identifying potential markets based on ease of transition, and willingness to use portable or ultra-portable solutions. General practitioner clinics, for instance, tend to be interested in ultra-portable systems, while smaller hospitals seek cart-based ones, according to the report.