Addressing gender disparities in the field of radiation oncology

Addressing gender disparities in the field of radiation oncology 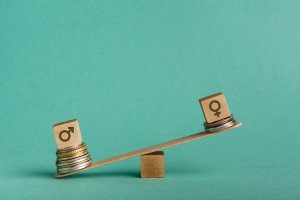 Conversations surrounding pervasive inequities in all aspects of the workforce are now having their long overdue moment in the spotlight of American society, and healthcare is no exception.

Paradoxically, perhaps because the field of medicine attracts a select group of forward-thinking, emotionally intelligent, and logical people motivated to help others, many have been lulled into believing that gender disparity in medicine does not exist, or when it does, it exists for purely rational reasons. For example, while numerous studies have described the trend of men earning more than women at many stages of their careers, these differences are often attributed to different career choices made by men and women in medicine, including the decision to enter less remunerative specialties and work fewer hours.

Yet, other high-impact studies led by Dr. Reshma Jagsi and colleagues have suggested this may not be the case, since substantial unexplained salary gaps have been proved to persist even after adjusting for specialty, academic productivity, and work hours.

Within the field of radiation oncology, gender has been shown to influence many aspects of a physician’s career, including opportunities for academic advancement, scholarly activity, invitations to participate in scientific panels, funding for physician researchers, and even disease sites treated.

As a new trainee in radiation oncology who has always had an interest in understanding and mitigating inequities as they manifest in healthcare, I was curious as to how gender might be influencing salary and clinical activities in our field. Shortly after starting residency at the University of California Los Angeles, I sought out the mentorship of Dr. Ann Raldow, who is a member of the UCLA Jonsson Comprehensive Cancer Center, and we set out to tackle the question of whether a disparity existed in clinical activities and reimbursement in the field of radiation oncology.

Our study was designed by querying a large database called the Physician and Other Supplier Public Use File (POSPUF). This database was created to increase financial transparency in the United States healthcare system by tracking data on individual physician reimbursements from Medicare. This allowed us to formally and objectively characterize productivity and reimbursement patterns among male and female radiation oncologists on a national level for the first time.
1(current)
2
3
4

FLASH therapy: An inside look at this innovative treatment technology