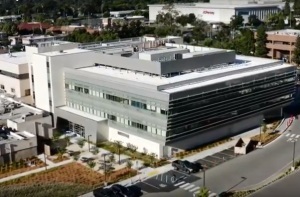 NorthBay Healthcare is set to unveil its five-year, three-phase $225 million expansion and rehab of the NorthBay Medical Center.

The 77,000-square-foot North Wing level II trauma center, located in Fairfield, California, will be open for business in October, according to the North Bay Business Journal.

The ED has been enlarged and a new welcome pavilion has also been added, as well as the final phase, which adds 22 beds, eight surgical suites, a 16-bed post-anesthesia care unit, diagnostic imaging services, and a new 6,000-square-foot kitchen and café, according to the journal.

“The North Wing perfectly illustrates dedication to offering advanced medicine right here for our community,” said B. Konard Jones, president and CEO, in a statement. “We’ve never been content to be just another community hospital. Instead, generations of NorthBay leaders vigorously pursued a path to clinical excellence, without sacrificing community service and compassionate care for every patient, every visit, every day.”

After the board of directors of NorthBay Healthcare approved a $205 million bond in 2016, work began on the North Wing project.

In its first phase, came the pavilion, which began operations in 2016. The second phase, which was finished in February, included redoing and enlarging the ED to add a CT scanner and 10 new treatment bays.

“We can (now) deliver modern medicine close to where patients live,” Jones told the journal, adding, “people should not have to cross a bridge or travel hours to get complex medical care.”

The project architects are Ratcliff Architects of Emeryville and the general contractor is DRP Construction.

NorthBay Healthcare was in the news in August when it earned Magnet status from the American Nurses Credentialing Center, according to regional publication The Reporter.

“It is my honor and privilege to officially notify you that the Commission on Magnet has voted unanimously to credential NorthBay Healthcare Group as a Magnet Organization,” Sharon Pappas, RN, Magnet Recognition Program Commission executive committee member told those on the conference call hearing the news at the time.

This marks the second time since 2014 that the organization has won this recognition, according to the news site.

“The depth and breadth of engagement and support is exemplary,” Pappas told the audience during the call, adding, “this organization is unique. It goes above and beyond in its message to celebrate the value of nursing. You are a national role model for nursing excellence.”

“I’m so proud of our nursing team members for their ongoing commitment to nursing excellence, as well as the entire organization for participation and commitment in achieving this wonderful honor,” said vice president and chief nursing officer Traci Duncan, according to The Reporter. “Our nursing staff and nurse leaders helped create our Magnet environment using relationship-based care and our professional practice model. I’m honored to be a part of this team and this organization.”