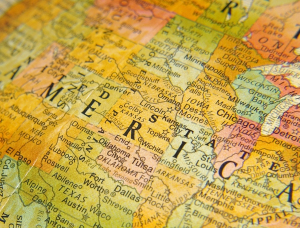 With over 100 such facilities shuttered since 2010 and another 430 in jeopardy of doing the same, University of Washington researchers, who looked at 92 of them, have found that such closings are leading to a 5.9 percent rise in mortality rates.

That extra time can prove disastrous in emergencies like heart attacks and car crashes.

"There’s a golden hour of getting care in that first hour of trauma," Dr. Nancy Dickey, president of the Rural and Community Health Institute at Texas A&M, told NBC News, noting that, "if you don't get care in that time, it can have a negative impact on morbidity as well as mortality."

One contributor to these health facility closings: there is often a larger number of under- or uninsured in rural areas.

“These problems are exacerbated in rural areas, especially due to the recent economic downturns and job losses leading to outmigration and shrinking populations, leaving behind populations that are older, sicker and more reliant on Medicaid and Medicare,” the researchers wrote.

Politics also often compounds the financial strains on these institutions. In a 2018 study from the University of Colorado, published in Health Affairs, researchers stated, “we found that the ACA’s Medicaid expansion was associated with improved hospital financial performance and substantially lower likelihoods of closure, especially in rural markets and counties with large numbers of uninsured adults before Medicaid expansion.”

To date, 14 states have refused Medicaid expansion, according to NBC.

"So there is evidence to show that is true," George Pink, deputy director of the Rural Health Research Program at the University of North Carolina's Sheps Center, told the news site, regarding that study. But that feeling is not universal, he added, "anecdotally, I present a lot around the country and have found CEOs of hospitals are of mixed opinion. Some hospitals in California believe Medicaid expansion and the Affordable Care Act was the savior of many rural hospitals — you find diehard believers out there. CEOs in other states, even states that have expanded Medicaid, are less sanguine."
1(current)
2