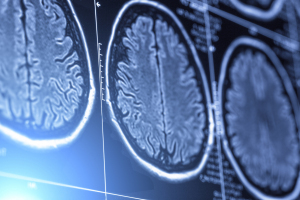 Two whistleblowers have accused ProScan
Imaging of allowing unqualified physician assistants
to read and diagnose conditions within MR scans
A case involving allegations of improper MR readings and diagnoses has become public knowledge following a request by federal prosecutors to unseal it two years after it was filed.

Brought forth by two whistleblowers, the lawsuit accuses MR reading company ProScan Imaging and its teleradiology branch, ProScan Reading, of improperly filing claims to Medicare, Medicaid and Tricare in exchange for reimbursements for MR exams interpreted by physician assistants rather than qualified doctors. It claims that such interpretations have led to frequent misdiagnoses and missed diagnoses, and cost the government millions, reported WCPO Cincinnati.

“This lack of proper review has caused injury to patients whose images were mistakenly read as normal by the unlicensed readers and not properly reviewed by a qualified physician,” said the suit, which was filed in the U.S. District Court of Cincinnati. “Likewise, ProScan frequently misdiagnoses as serious — and even life-threatening — imaging findings that are of no consequence.”

Taylor, who worked in marketing and sales for the company’s Jeffersontown location in Kentucky in 2015, claims that ProScan CEO and medical director Stephen Pomeranz attempted to recruit him into a one-year, uncertified, secret training program that would teach him to be a "ghost reader". Taylor refused and chose not to renew his contract when it expired in the spring of 2016, according to the lawsuit.

Rothschild, who developed the open MR and holds an MR patent, says in the suit that he became aware of the alleged scheme at ProScan through reviewing numerous reports issued by the company, that were directed to him by physicians who had "grave concerns" about the findings.

One case he points out involved an MR scan of a jockey who claimed to be suffering neck and arm pain, headaches, numbness and tingling in both hands after a horse fell on him. No acute injury was found by ProScan, a diagnosis that shocked Rothschild, who upon reviewing the exam himself, says he found multiple life-threatening, obvious conditions, including two spinal cord injuries in the neck and a complete tear of the ligament that keeps the neck stable.
1(current)
2