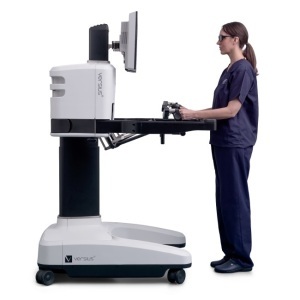 The U.K.-based company plans to use the funding to entirely finance the commercialization of its next-generation surgical robotics system, Versius, expecting it in the near future to become a competitor to the leading robotics system, the da Vinci system by Intuitive Surgical, especially in Europe and Asia-Pacific regions.

“We are pleased to welcome new U.S. investors whose calibre and scale are reflective of the scale of CMR’s mission to transform surgery. I would also like to thank our existing investors for their long-term commitment in supporting this company to achieve its global mission," said Martin Frost, chief executive officer of CMR Surgical, in a statement. "The significant capital injection in a U.K. scale-up reconfirms my belief that the Cambridge ecosystem has fostered a unique pool of diverse talents and competencies that will help drive our innovation in the years ahead. With new and existing investors on board, CMR is well placed to make surgical robotics accessible for all.”

The global robotic surgery market is expected to reach $7.4 billion by 2028, with a robust compound annual growth rate of nine percent. Drivers include aging populations, an increase in the number of minimally-invasive surgeries, and growing demand for value-based healthcare, as well as a rising amount of clinical data and increasing numbers of indications.

Most robotic surgical systems vary in use depending on the therapy area and geography. While procedures such as prostatectomies often employ such tools, areas such as cardiovascular and neurosurgical have yet to experience a wide adoption of them.

The modular and portable system can be used in a wider range of minimally-invasive surgeries and is expected to cut surgical time while improving patient outcomes. It is also more affordable compared to large console-based robotic systems, according to CMR Surgical, which has commercial teams in India, the U.K., and Europe. It expects to gain more share in these regions over the next two to three years.

The improvements provided by robotic systems to surgical procedures is anticipated to increase the patient population eligible for treatment, with the U.S. now and in the future being the largest market for surgical robotics.

It has not yet received FDA clearance.