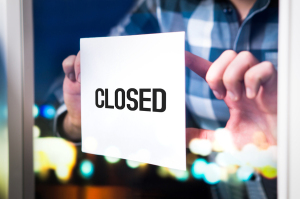 In the face of lawsuits and fume-based cancer claims, medical-sterilization firm Sterigenics, a division of Sotera Health, will shutter its Chicago-area facility in Willowbrook.

The firm said that the closing is the result of “inaccurate and unfounded claims regarding Sterigenics and the unstable legislative and regulatory landscape in Illinois,” according to the Associated Press.

Sterigenics is facing dozens of lawsuits over claims that ethylene oxide fumes from the plant were health damaging. The plant was shut by the Illinois Environmental Protection Agency at the beginning of the year, after high outdoor ambient levels of the cleaning agent were found by both the town and federal EPA scientists.

“Sterigenics appreciates that the state of Illinois has clearly acknowledged the company’s consistent record of regulatory compliance, as well as the safety of the new controls we agreed to implement, and we made every effort to reach a constructive resolution,” the company said in the statement announcing the plant’s closing.

Illinois House Republican leader, Rep. Jim Durkin, a leader in the effort to close the operation of the facility said in a statement that, “Sterigenics got the message that we were never going to let them reopen their doors and poison our communities again.”

In mid-September, Durkin led a bipartisan coalition of advocacy groups and politicians in the the introduction of House Bill 3885 that would let any municipality in the state of Illinois implement a local ban of the use of ethylene oxide within its boundaries, if it so desired.

The bill would mandate by 2021 that sterilization firms can no longer use ethylene oxide within 5 miles of an area with a population density of at least 10 residents per square mile, according to the Northwest Herald.

There had been a deal in place with Illinois Attorney General Kwame Raoul and local officials to permit the Willowbrook plant to reopen with additional emission gear in place, along with the establishment of a $300,000 fund, paid for by the company, for projects to help the environment and the community, according to WGN TV.

That deal would have restricted the company to emitting only 85 pounds of ethylene oxide annually — down from prior Illinois EPA permits that let the firm emit much higher amounts. Between 2006 and 2018, the permit levels were set at 2,840 pounds to 7,340 pounds annually, varying by year, according to a statement from the Illinois AG office.