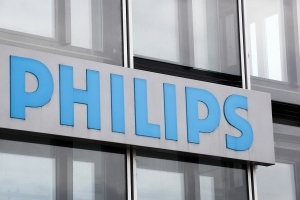 Philips has given guidance that it will not hit its profit margin goals for the year, calling out tariffs and less-than-stellar results of its Connected Care division efforts.

In speaking with reporters this week, its CEO, Frans van Houten told reporters, “Tariffs have gone up, definitions have become clearer,” also noting that, “the impact has gone up, while mitigating actions have been delayed,” according to Reuters.

The latest announcements caused the stock price to tumble, and emphasized that the real hurt was in the connected care efforts, which the company said were “more exposed to trade tariffs than Philips’ two larger businesses, makers of hospital equipment and personal health products," according to the news agency.

The new figures put the company's EBITA margin up just 10 to 20 basis points for 2019, versus an earlier estimate of 100 basis points.

“Based on this profit warning we expect 2019 adjusted EBITA to come down by low-to-mid-single digit,” ING analyst Marc Hesselink observed to Reuters.

Comparable sales are still estimated to hit 4 percent to 6 percent in 2019, according to Philips, with solid growth in all businesses.

Tariff issues have forced the industrial giant to look for new supply chains to avoid China, but that has proved tougher than hoped for earlier.

In January, in fact, Philips announced that it was moving production around from the U.S. to China and vice versa, worth "hundreds of millions" of euros, in order to escape tariffs.

"This is not peanuts,” van Houten said a the time, adding that the changes slated for the first six months of the year “are serious changes to our supply chains.”

“On headline numbers, Philips reported a decent update,” Hesselink wrote in a note at the time. "Underlying, the quality of the beat was lower [as] Connected Care and Healthcare Informatics was, like previous quarters, well below expectations."

During the January earnings call, van Houten expanded on the strategy behind the company's health tech “journey.”

“Our value-creation story is built on the three key levers of driving growth in the core business, innovating solutions and driving operational excellence,” he explained.

Expanding on this, he added, “we do this with innovative solutions that deliver on the quadruple aim objectives of improving health outcomes, patient experience, staff experience, while improving productivity of healthcare. And we form stronger relationships with customers through this methodology to help them transform the way healthcare is being delivered. You've seen customers where we start with an initial long-term strategic partnership in radiology and subsequently expand into other clinical areas such as integrated patient care or vice versa. We continued with strong growth in long-term strategic partnerships.”