Sanford to pay over $20 million to settle false claims allegations 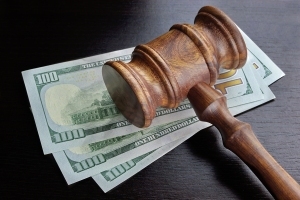 The rural, South Dakota healthcare provider will pay $20.25 million to put an end to claims that it allowed one of its top neurosurgeons, Dr. Wilson Asfora, to perform unnecessary spinal procedures and improperly receive kickbacks by implanting devices distributed by his physician-owned distributorship (POD). The suit was filed by whistleblowers, Drs. Carl Dustin Bechtold and Bryan Wellman, surgeons at Sanford, in accordance with the False Claims Act, which allows private third parties to to file a suit on behalf of the government and share in its recovery.

“Sanford denies any liability or wrongdoing in regard to this settlement. We chose to settle because the amount is far less than the unnecessary costs and operational disruption that would have persisted for multiple years. We continue to stand behind the medical care that Dr. Wilson Asfora, who was a Sanford physician from 2007 to 2019, provided to his patients,” said Matt Hocks, chief operating officer at Sanford Health, in a formal statement sent to HCB News. “We remain committed to our providers doing what is best for their patients and supporting them in bringing innovative interventions and treatments to patients and communities.”

Defendants named in the suit are hospital entities Sanford Health, Sanford Medical Center and Sanford Clinic, of Sioux Falls, South Dakota. The three are accused of knowingly allowing Asfora to engage in the alleged kickback scheme, after being made aware of his actions by his colleagues and others in the hospital system, and of being aware of the heightened compliance risks associated with PODs. They also allegedly were warned that Asfora was performing medically unnecessary spinal procedures with devices in which he held a financial stake.

The suit claims that Sanford continued to employ Asfora despite repeated warnings; continued to allow him to use and profit from the devices in surgical procedures; and continued to submit claims to federal healthcare programs for the procedures, including ones that were medically unnecessary.

If proven to be true, the allegations would violate the Anti-Kickback Statute, which prohibits offering, paying, soliciting, or receiving remuneration to induce referrals of items or services covered under Medicare, Medicaid, and other federally-funded programs.
1(current)
2