Researchers use 7T MR to create highest-resolution brain scan ever 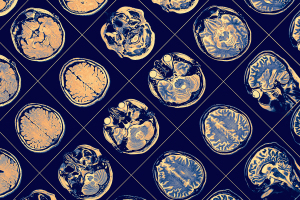 The 100-micron resolution scan, acquired on a 7-Tesla system, is expected to provide greater insights into the structure of the brain and connections between different parts, while offering a greater understanding of the biology of neurological disorders, such as traumatic brain injury and Alzheimer’s disease. The teams hope to eventually use the approach to form ultrahigh-resolution imaging techniques for use in living subjects.

“We envision a future in which ex vivo MR and optical images at micron-scale resolution are precisely co-registered to histopathological data and in vivo MR data,” Brian L. Edlow, first author of the paper, associate director of the MGH Center for Neurotechnology and Neurorecovery (CNTR), and director of the Laboratory for NeuroImaging of Coma and Consciousness (NICC), said in a statement. “This fully integrated analysis pipeline will open up a new world of opportunities to investigate the pathophysiological basis of neurological disorders, and ultimately, will usher in a new era of pharmacologic, electrophysiologic, and neuromodulatory therapies.”

Edlow and his team plan to develop imaging tools over the next ten years for mapping the human brain at “increasingly high resolutions,” with a “moon shot” aim of securing micron-scale resolution. They describe the approach as a new type of "network-based autopsy" that integrates MR with histopathology to provide a potentially more in-depth look into the roots of neurological conditions.

The group released the actual scan of the donated brain in June, along with underlying data that points to the potential for additional applications with this type of scan information. One of the co-authors, for instance, integrated the data into a software platform called Lead DBS to enable neurologists and neurosurgeons to improve the therapeutic outcome of deep brain stimulation electrode placement for disorders such as Parkinson’s disease and obsessive-compulsive disorder. Another group, the Fiber Tractrography Lab at University of Pittsburgh, integrated the data with 3-D tractography data to show axonal pathways for mapping connectivity within the human brain. The information has also been integrated with a neuroanatomy atlas at Unochapecó University in Brazil.

The project has been in the works for ten years, and involved the help of neuroscientists, neurologists, MR physicists, engineers, computer scientists and anatomists. It also required the construction of 32 custom radiofrequency coils to reach the maximum resolution that was possible. All were positioned securely around the brain in a way that prevented them from interfering with one another.

“This unique data set has a broad range of investigational, educational and clinical applications that will advance understanding of human brain anatomy in health and disease,” said Edlow.

The findings were published in the journal, Scientific Data.