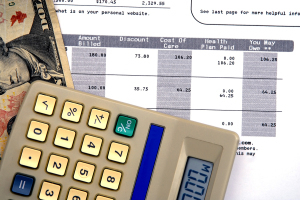 New rule changes for hospitals and insurers announced Friday by the Trump administration could make hospital charges to insurers available to consumers — but some in the industry are raising concerns and filing suit.

“Our goal was to give patients the knowledge they need about the real price of healthcare services. They’ll be able to check them, compare them, go to different locations," President Trump said at a White House announcement of the changes, according to CNBC.

One rule that has been proposed would apply to plans found both in the exchanges and those sponsored by employers, and would force them to disclose the deals they have negotiated with providers both in and out of network. That rule is set to become policy January 2021.

The changes would also force insurance companies to make real-time pricing available online to patients, including out-of-pocket expenses before care is received.

Matt Eyles, president and CEO of America’s Health Insurance Plans, advised that his organization supports “clear, consistent and concise information that is customized to an individual’s circumstances.”

But transparency, he argues, could backfire. “Transparency should aid and support patient decision-making, should not undermine competitive negotiations that lower patients’ healthcare costs, and should put downward pressure on premiums for consumers and employers,” Eyles told CNBC.

The administration has made transparency of pricing a key part of its healthcare efforts.

The latest efforts, noted Health and Human Services Secretary Alex Azar, “may be a more significant change to American healthcare markets than any other single thing we’ve done.”

Four major hospitals groups announced shortly after the White House event that they would be suing to prevent the rules from taking effect. These include the American Hospital Association. The groups have made the case that they have a legal right to cut deals with insurers "without unwarranted government intrusion," according to CNBC.

CMS Administrator Seema Verma pointed out that the information insurers need to disclose is already in the explanation of benefits statement sent to a patient — the new rule just means that it will be available before and not after the charge is incurred.

"We’re just requiring that it’s available before care, and not after," Verma said, according to CNBC.
1(current)
2